Samini is Ignorant About My Clash With Shatta Wale--Stonebwoy 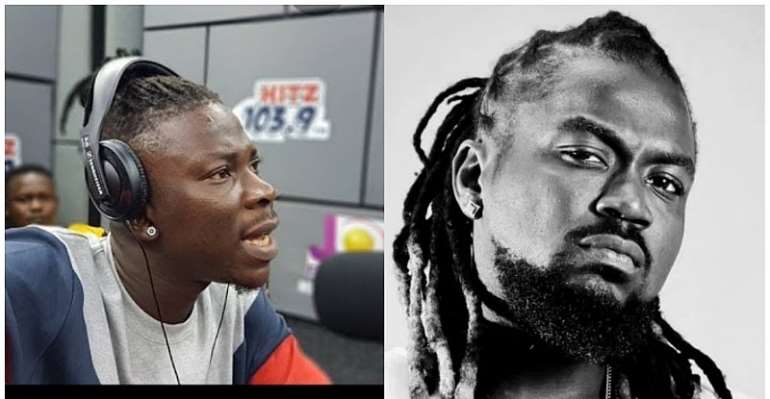 Samini in the quest of justifying his supremacy in the Ghanaian dancehall circles has labelled his former protege and dancehall singer Stonebwoy as disloyal.

Samini expressed disappointment in Stonebwoy for not informing him about Asaase Sound Clash with Shatta Wale. He claims Stonebwoy is not a good fit for Shatta Wale. Let's call a spade a spade, Ghanaians mustn't put a square peg in a round hole '': He added.

Stonevwoy has, however, replied Samini and it seems the ''Putuu'' crooner is not happy with his ‘godfather. According to Stonebwoy, he has credited Samini several even when he was not supposed to and added that Samini does not support him in times of trouble.

The Bhim Nation boss claims Samini is ignorant about the said clash between himself and Stonebwoy and hence does not expect him to call him Stonebwoy disloyal. ”Where was he when Shatta Wale was fighting me all this while or did he just realise I had a beef with Shatta?: Stonebwoy questioned Samini live on Asaase radio.

Spectacular and Elusive Bird Rediscovered in Atewa Forest
8 minutes ago