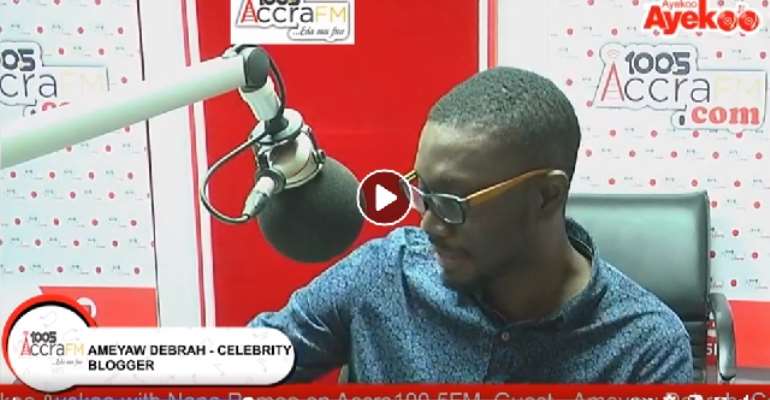 Celebrity blogger Ameyaw Debrah has scored the Akufo-Addo government 70% for its performance in the last three and half years in office.

He told Accra100.5FM’s mid-morning Ayekoo Ayekoo on Tuesday, 28 July 2020 that: “I will probably give them a 70 per cent based on the general things that we have seen in the environment and the way things are going.”

He further told host Nana Romeo that politics, in general, has failed Ghanaians.

“In general, politics has failed Ghanaians”, Ameyaw Debrah said, adding: “When I look at the comments that people make about specific issues, it is either you are speaking for A or B. Both NPP and NDC haven’t done anything to change the perception we have about politicians.”