Oldest And Legendry International DJ Amofa (A.K.A The Mix Killer) Celebrated In France 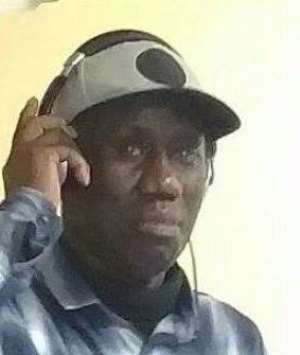 The oldest and legendry International DJ Amofa, also known as the MIX KILLER has been awarded the Golden Afro house DJ in Strasbourg, France.

The President and selected jury of the Association of Concerned Ghanaians in Europe for Human Rights have awarded the Golden Afro house DJ to DJ Amofa, the Mix Killer.

This award is to celebrate the sound engineering carrier full of emotions, of the mover and shaker of the international Afro musical scene both in Anglo-Saxon, Latino, or Francophone rhythms as well as honouring a turntable legend.

As a talented footballer, he played for the Great ASHANTIS team and later moved to Lagos to play for Guinness club before having the chance to explore his talents in France, Europe in the late seventies.

Dj Amofa (a.k.a.the mix killer) started djing in the '90s as a passion and later became a professional Dj. He attended the prestigious Dimension School of Dj in Strasbourg as Sound Engineer and DJ.

The MIX KILLER has played in many night clubs, public gatherings, and parties in all countries in Europe.

He later worked for many radio stations, Sankofa FM, Stuttgart Germany as a senior DJ.

Credit to Mr. Akwasi Owusu of Sankofa video who posted his first mix on YouTube.

He later joined Radiolivin at Strasbourg as a music director and presenter.

The Mix Killer is currently the Chief DJ of the prestigious Europe Radio Ghana [E.R.G] at the European city of Strasbourg, in France.

DJ Amofa is a tastemaker, keeping the emotions of the night still riding high, he’s still king of the turntables who has been injecting soul into his music since 1990.

He has trained numerous DJs. The future goal of DJ Amofa is to share his djing skills with the younger generation.

You may find all DJ Amofa mix on all social media.

The entire Ghanaian Community in France as well as in Europe is honoured to have such an International DJ.