Kaywa Reveals All His Prophecies Come To Pass 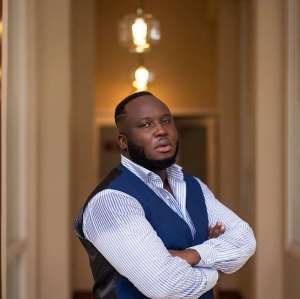 Kaywa, a multiple award winning producer and CEO of Highly Spiritual Music has made a very bold declaration concerning his prophetic ministry. The hitmaking producer made this declaration on the weekly Instagram Live Sessions with Nana Adwoa Sarkodie.

"All my prophecies come to pass, and that's what draws me closer to God. Because I've prophesied to so many people and I've seen them all come to pass. The spirit of the Lord does not operate in a place of pain but a place of free spirit. When you're a true prophet, you dwell in the spirit." he said.

Kaywa is well known for being outspoken about his faith in Christ regardless of his active participation in the circular music industry. He has worked with top artists including Daddy Lumba, Samini, Stonebwoy, Reggie Rockstone, Sarkodie, R2Bees and more.

In the 2-hour long interview with Nana Adwoa, Kaywa discussed the dicey topic of combining Christianity with Showbiz. He categorically stated that he doesn't care or bother about what people think of him as most Ghanaians are only judgemental and act self-righteous.

"Once we call ourselves Christians, we are followers of Christ. We have the mantle to draw people to the saving grace of Jesus. What encourages me is that we always have the support of Christ himself in this task. Once Jesus did it, I too can do it, he is my help. We have been given a mantle. The assignment is to go into the world and preach the gospel. The world isn't the church building. Our assignment goes beyond the four corners of the church."

"Paul said, I have become all things to all men, that I may by all means win some. Jesus sat with tax collectors and prostitutes. There are few times you'll see him in the synagogues. He was always on the move. Why then don't we believers follow the same assignment" he quizzed.

Responding to a question about the impact showbiz is having on his faith, Kaywa mentioned "I've been doing this for 21years. I don't see how I will be swayed into the world. I'm not saying I don't make mistakes. But the beautiful thing about Christ is he prepares you before he moves you. When you fall, it doesn't surprise God. Provision has been made on the cross for you to rise again. It is important to look up to Jesus. When you fall you have to rise up and move to your next level."

However he revealed that one challenge he is continually battling with is the choice of lyrics artists use when recording with him. "One thing I struggle with is the lyrics some artists use when I'm recording them. I always wish to have clean lyrics without the sensual terms. But I still find myself recording songs that express sensual lyrics."

He also made this powerful revelation "In the early days, sometimes I didn't understand why circular artists were thronging my studio whereas I wanted gospel artists. But now with the benefit of hindsight, I can say it was all part of God's plan. There are many who have been saved just because I chose that path. One of those is Blakk Rasta; he was a Muslim then went into Hare Krishna and always argued with me until he finally had an encounter with Jesus and everything changed."

The Dw3 hitmaker admonished young people to obey their parents at all times even when they don't agree on the same ideas. "When your parents don't support what you want to do, obey them. Parents have the ability to see far in the future. For instance, you want to do circular music and your father is against it, you have to obey him. Just pray about it and ask for God's will to be done. Once it's a God given purpose, it will surely come to pass. But do not go ahead of your parents in the name of hearing from the Lord."

Finally Kaywa shared some nuggets of wisdom, explaining that, "Grace is not freedom to sin. It's freedom from sin. When you're covered by the blood, you don't take advantage of it to sin, but you walk in righteousness. A lot of Christians are struggling with addictions but we rather look at other people who haven't met Christ and we condemn them. The purpose for which we are saved is to go out there and save others. It's a bigger task than sitting in church and being hypocrites."

Payments Made To Customers Of Collapsed Banks, Others Must B...
6 hours ago