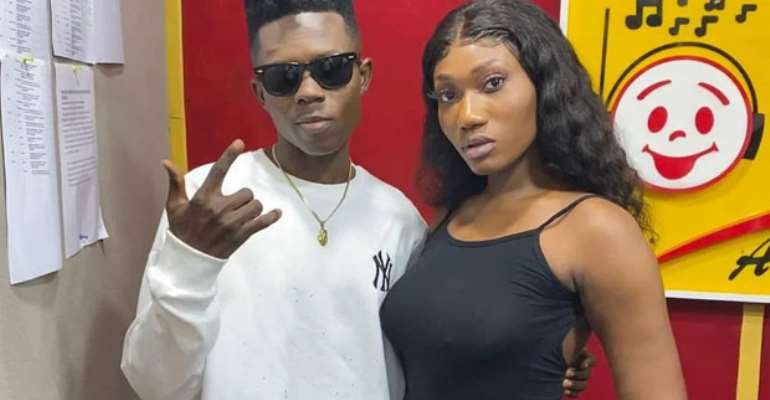 Rapper Strongman is on his way to becoming the artiste with the most releases this year as he has released a new song 'Mokobe' featuring Wendy Shay.

The song which adds up to his series of releases this year is out with a video. The single is off the upcoming '10:00am' album, and this is expected to expand his fan base.

Directed by Prince Dovlo, the video has already started enjoying some viewership online.

In 'Mokobe', Strongman shamed his naysayers who doubted his progress, telling them the best is yet to come.

The song goes on to state that his silent nature is being backed by his hard work—and nothing could hinder his progress.

'Mokobe'—which literally means 'nobody is there'—sends a strong message that no one can stand in his path to greatness.

Notwithstanding the pandemic, this year has been a great year for Strongman. He has chart-topping singles which have raised a lot of anticipation about his upcoming album.