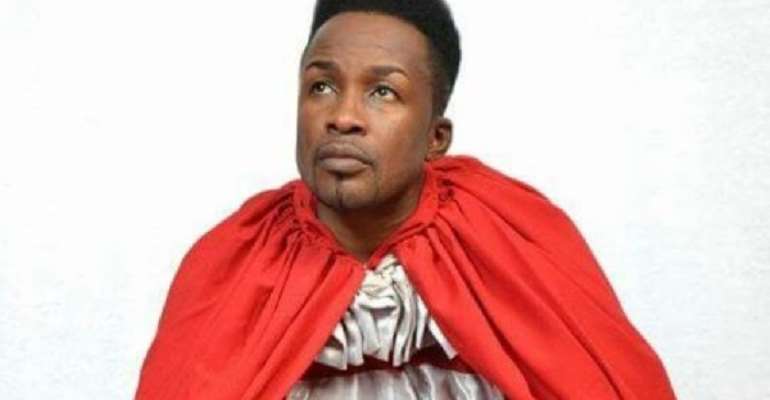 Musician, Nicholas Omane Acheampong has asked the former President of Ghana, John Dramani Mahama to stop wasting money on campaigning because he will lose massively to President Akufo-Addo in the upcoming December 2020 polls.

According to Omane Acheampong, the Free SHS policy introduced by the Akufo-Addo government needs to be nurtured very well by the President in order to fill all lapses before another government comes to take over.

"Ghanaians will vote for Nana Addo Dankwa Akufo-Addo on December 7 so he can work to make the Free SHS policy better before he leaves power in 2024," he stated.

The musician was speaking in an interview with Atinka TV on the sideline of Sir John’s One Week Observation at Sakora Wonoo in the Ashanti Region.

“Free SHS is a good thing so if you’re a Pastor, you should not look down on that policy. Some children are orphans, some are poor children but SHS is the red line, I call it the red line because If the government is able to help the children to cross that Red Line even if they cannot continue to Tertiary, they can join the Police, Army, fire service, Military with their High School Certificate. So, if we do politics with this, it will rid the poor of education so this 2020, I’m saying on record that I’ve struggled for the NPP but they’ve not helped me in any way but I’m supporting them because of the Free SHS.

"It’s not about what I will eat today, let’s look at the future of these poor children. 2020 Ghanaians should vote for Nana Akufo-Addo. Nana hasn’t given me anything and even when I want to go and see him, I’m not allowed to do so. If I don’t get anything today, my children and my grandchildren will benefit so we shouldn’t make it spoil but rather we should vote him back so that he comes to better the Free SHS policy because if we bring another government and it spoils, we will be gravely hurt.

“I will ask the former President John Mahama not to spend much on his campaign. I would have told him not to campaign but that will be impossible so he should not spend much on his campaign because he will not win. Let’s support Nana Addo who dug the foundation for Free SHS to build it well so that if after 2020 you come all of us will join in supporting you because by then, Free SHS will have a good foundation,” he concluded.

US revokes licence of top Chinese telecoms company
49 minutes ago