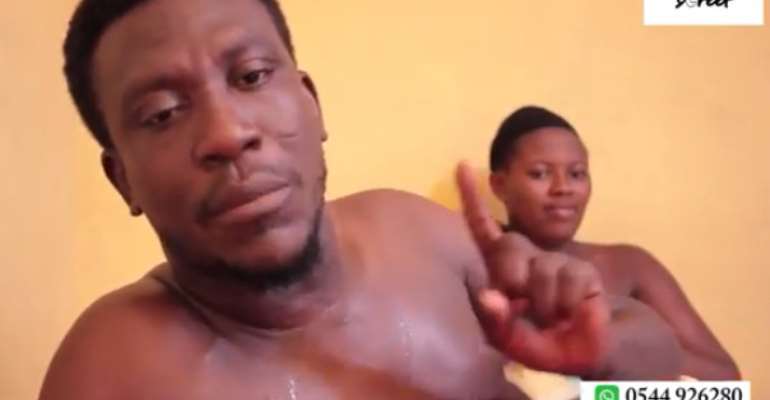 Comedy short skits have now been proliferated on social media with several individuals and groups taking advantage of the new internet sensation which is now most sought after by comic relief enthusiasts.

One of such topnotch short comedy skits to take over TV screens very soon is the hilarious Cape Coast Fante-based comic series known as 'The Kotokuraba Street' monitored by Amansan Krakye of GBC Radio Central.

"Kotokura street is because we want to project a name from Cape Coast that will easily be recognized as Fante. Since Kotokura happens to be the center of Cape Coast and the story is from the street, so we combined the two making Kotokuraba street.

"We decided to make it a series because we want to be consistent on television. We will soon select some of the interesting scenes and make it a movie very soon. So fans should watch out", Apesowa Hayford said.