I Never Depended On Any Man - Grace Omaboe 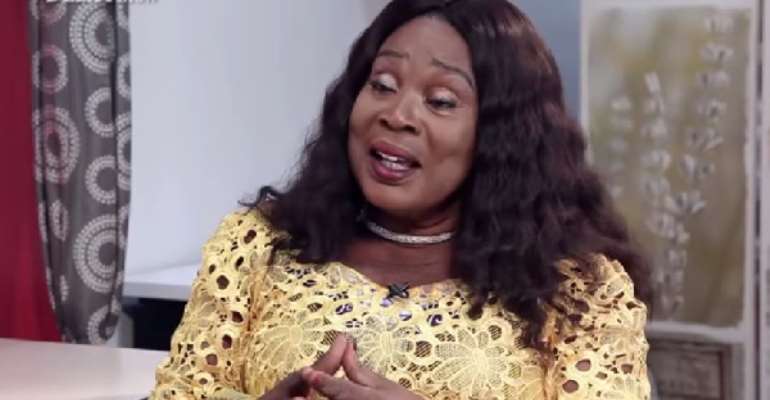 Celebrated actress Grace Omaboe, known popularly as Maame Dokono, has said she had a lot of men chasing during her prime days but was never carried away by their wealth.

The 74–year- old veteran actress disclosed she singlehandedly struggled to build her own house and never depended on any man for support as the current crop of young ladies will do.

Speaking on Angel FM, the former host of the popular children’s television programme By The Fireside jokingly said she would amass a lot of wealth if she was a ‘slay queen’ during that time.

“I would’ve owned many properties if I was a ‘slay’ queen in my heyday because I had a lot of men coming my way,” Grace Omaboe said jokingly.

Reacting to how the current generation of young ladies who have tagged themselves ‘slay queens’ are, Madam Omaboe advised them not to fall prey for influential men who would want to have a piece of them before they offer them help.

She also admonished women who give in to men before getting help to rather focus on building their own businesses to make it in life.

Grace Omaboe first started acting in the Keteke TV series on GTV. She moved on from there to become one of the most sought-after actresses of her time when she starred in and produced the 1980s/1990s Akan Drama series Obra on GTV and also co-hosted By The Fireside.

Tribal Conflict Looms At Osudoku Over Land Litigation
8 minutes ago

Election 2020: We’ll Deal With Trouble Plotters To Know That...
8 minutes ago