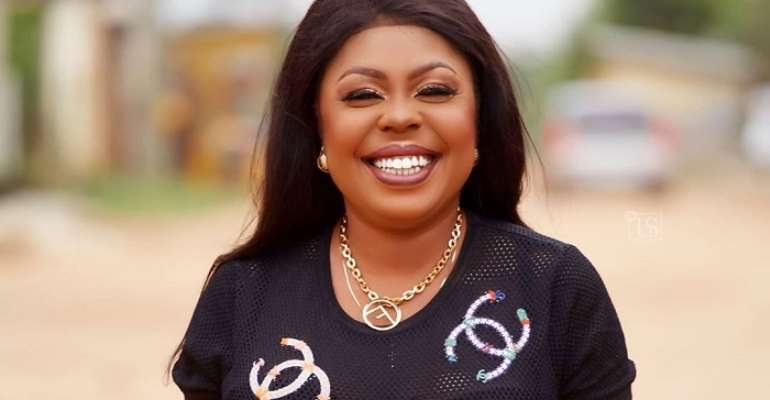 Controversial comedienne, Valentina Nana Agyweiwaa popularly known in the entertainment circles as Afia Schwarzenegger has said that she will accept a political appointment if she is offered one.

Speaking on Citi TV's lifestyle variety show, Upside Down, the outspoken actress told the hosts Ato Kwamina and Frema Adunyame that even though she was impatient to be a politician, she would not mind serving in a political office if she is given an appointment.

“I will accept a political appointment; it's just like being a caretaker but my late uncle left me advice and that is to fear delegates”.

Earlier on when asked if she was a politician, she said “no! I am too impatient to do politics; I'm saying this because a lot of people who are well to do go into politics and are bastardized and called thieves by twats who use Chinese phones.”

Afia also said that in adherence to her women empowerment philosophy, she will throw her support behind any woman who is capable of doing the job.

She, therefore, declared her support for Professor Jane Naana Opoku-Agyemang, the running mate of John Dramani Mahama, the flagbearer of the National Democratic Congress for the 2020 general elections.

“For once we have a serious woman; not Akua Donkor. We have a serious reputable woman who wants to stir the affairs and I feel women can be entrusted with things better than men so it's about time. If Bawumia is replaced with a woman, we will gladly throw our support behind her,” she stated.

“I'm calling on all women empowerment groups, feminists, I mean everybody that believes that the woman's place is not the kitchen, this is the time to prove it,” she added.