A Dialogic Approach To Dispute Resolution: A case of Funnyface, Lilwin And UTV's United Show 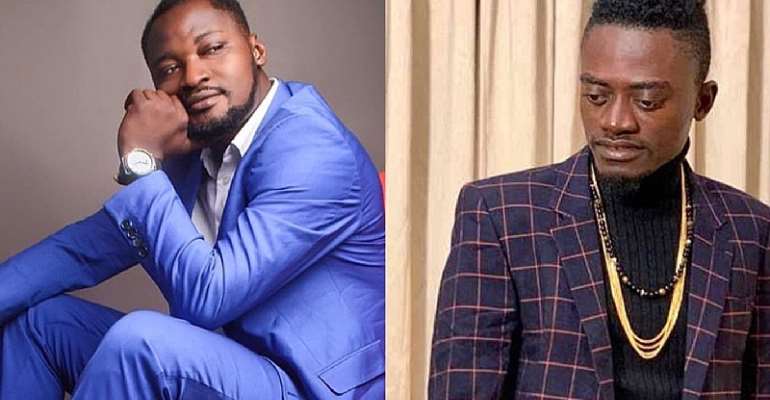 Comedians are no strangers to mental health issues, therefore seeing Funnyface and Lilwin talking openly arguing and 'fighting' about their suffering is not strange at all. Indeed a study has found that those working in comedy may be more disposed to “high levels of psychotic personality traits” (Independent, 2014); an “unusual personality structure” with traits such as those similar to bipolar could be the secret to making people laugh, according to research published in the British Journal of Psychiatry.

I watched the United Show on UTV yesterday, and it became clear to me that the producer has little knowledge of how to use group communication tool in resolving some of these problems.

Dialogue is a group communication tool that allows people to understand other viewpoints without pitting themselves against different perspectives. Dialogue, contrary to what people think, is not a back and forth discussion, not a debate or rebuttal; it is a chance to frame a problem collectively by both parties or individuals independently voicing their perspectives on an issue.

This is how it works, briefly: the facilitator is duty-bound to ensure decorum in the process. Before the issue is presented on national TV, the facilitator has to organize separate meetings with the opposing sides. Then arrange a meeting (behind close doors) between the two and of course with set ground rules. The aim is to create a culture based on collaboration, fluidity, trust, and commitment to shared goals. It is likely that content such as personal scores and insults of any kind that is not suitable for national TV is spewed and parties can be advised strongly against them before they appear on live TV.

More so, the two parties gather to create a stream of shared meaning that enables them to understand each other and share a view of the world (reality). The parties may start out at polar opposites (which is expected anyway), but by talking openly they discover common grounds, common issues, and shared goals on which they can build a better relationship.

If all these is done properly; the two can now be given the platform on national TV where they can talk openly about their difficulties. Before this, the two would have arrived at a common understanding, behind closed doors so, there will be no contestations at this point. Also, it is at this point that the counselor or psychologist will come in to mediate and give his perspective. The host is only going to be a facilitator of the show.

What we saw on UTV yesterday was a clear display of unprofessionalism at every level, to say the least. It appeared that the warring parties were either not expecting to be on the same show or they were, and so they had their own plans on what to do - to attack, to fight, to create confusion...

Sadly, our so-called 'celebrities' did not observe the Covid-19 saftey protocol - there was no physical distancing, no regard for nose masking and so on.

Everything was just reckless!

Opinion
Powered By Modern Ghana
VGMA21 Through My Lenses
Three Reasons Why People Love Joe Mettle
5 Things To Know About Director Of ‘The Burial Of Kojo’ Blitz The Ambassador
The Gospel According To Shatta Wale
The Nonsensical Politically-Oriented SlayQueenism: A Letter To The Politician
The History Behind Our Sufferings [Part 1]
Who are the 12 'Most Wanted' DJs in Ghana?
A Plus, Behave!!
United Showbiz: The Plethora Of Good And An Iota Of Not Too Good For The Teacher Kwadwo Brand
COVID-19 Updates Live Dashboard
TOP STORIES