Police Capo Claims Okomfour Kwadee Was An Ambassador Against Drugs 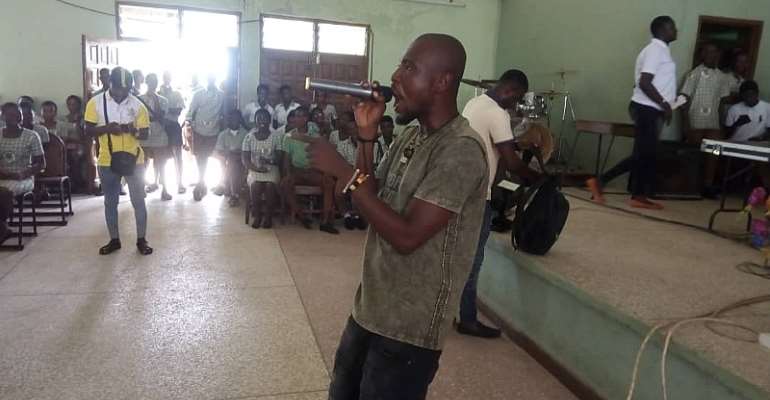 A Former Ashanti regional Drug law enforcement Unit commander DSP Jeremiah Alale has expressed shock over allegations leveled against the CEO of the Willing Way Foundation and Rehabilitation Centre, Madam Lydia Abena Manu that she had turned Ghanaian hiplife musician Jerry Johnson Anaaba popularly known as Okomfour Kwadee as a money-making machine by releasing him to individuals for shows and pocketing the proceeds of such events while in their custody.

Mother of Okomfour Kwadee, Madam Cecilia Atootalega in an exclusive interview on Kumasi-based Pure FM had alleged that CEO of the Willing Way foundation had been releasing her son who has been on admission at the centre for about 6 years now and making a profit out of the singer.

Some panel members who appeared on the ‘For the Culture’ entertainment program aired on Pure fm on Sunday evenings had also alleged that Madam Lydia Abena Manu is using DSP Jeremiah Alale to threaten them with arrest to desist from criticizing her works of using Okomfour Kwadee for money after releasing him for programs.

Reacting to the said claims, DSP Alale downplayed the allegation describing it as pure propaganda by persons who seem to be against the good work of the Willing Way foundation.

Speaking in an interview with OTEC FM’s Evans Agyei Sikapa, he stated that there had been no occasion where the ‘Ofie Nipa’ hitmaker has been sent or being used for any commercial event by either the rehabilitation centre and its CEO or under their auspices as he was the one that recommended Kwadee be used as an ambassador to support their campaign against drug addiction among the youth in the region during his time as the regional drug law enforcement unit commander.

‘I have known Kwadee to be loved by all especially the youth so making him an icon to speak against drug abuse and addiction was a perfect idea to educate the youth and also bring him back to the light to continue his music career after going off the scene for years’ he said. He suspects those making such allegations were music producers and D.J’s who were interested in getting access to the musician to manage him.

Mr. Alale revealed that he had known the Willing Way foundation and rehab centre as an institution which had drug addicts especially those who had gone beyond criminal liabilities as they needed medical and psychological attention at heart hence decided to join hands with them in the quest to eliminate drug abuse in the Ashanti region.

He said such humanitarian works for drug addicts and alcoholics by an institution needed praise and support but not attacks.

Enumerating a number of the programs which he together with the Willing Way foundation had organized to fight against drug addiction, the former regional drug law enforcement unit commander mentioned the World no tobacco day celebration on 31stof March 2018 and 2019 at Akomadan and Konongo Odumase Senior High Schools respectively, Drug abuse campaign at the Offinso and Asante Mampong community markets on 26th January and 20th February 2018.

“Kwadee performing at such programs was to give him the chance to advise students and the youth against drug abuse and alcoholism with Evangelist Lord Kenya who is also an ambassador to the ‘SAY NO TO DRUGS’ campaign.

He lauded Evangelist Lord Kenya and the Willing Way foundation for their effort in the fight against drug addiction as well as supporting addicts in the ghettos” he narrated.

Meanwhile, checks by Evans Agyei Sikapa revealed that the Willing way foundation and rehabilitation centre has since 2012 organized parties for drug addicts and alcoholics at various ghettos in and outside Kumasi on every Valentine day at the outfit’s expense just to show them love and make them feel part of the society where addicts who are willing to leave the ghettos were taken to the rehabilitation centre for treatment and transformation which are mostly sponsored by rapper turn pastor Evangelist Lord Kenya.

DSP Jeremiah Alale however challenged persons who had evidence of Okomfour Kwadee being used by the Willing Ways foundation for commercial purposes to come out with it or keep mute as making false allegations against him and the foundation could land them into trouble.

Authorities at the Willing Way foundation have also denied the allegation by Madam Cecilia Atootalega that she had summoned them at Legal aid.

According to them, family members of Kwadee and his former managers had an agreement which allowed them (the managers) to pick him from the centre for programs which authorities of the centre had no power or ability to breach explaining that the legal aid issue popped up after the managers of Kwadee took him for a program in Accra and he decided not to return to the centre with the mindset and thought of haven recovered from his drug addiction situation but was resolved which made the managers bring him back to the centre.

They said Okomfour Kwadee was made an ambassador by the Willing Way foundation and rehabilitation centre alongside other celebrities like Kwaku Manu, Salinko, Akrobeto, Wayoosi and other stable clients to join hands and fight against drug abuse among the youth especially students at a free rate as he as and his outfit has always been partners with the centre in their community and schools sensitization programs against drug abuse.

Authorities at the centre has however lauded Okomfour Kwadee for his support in the fight against drug abuse since he joined them and wish him all the best in his future endeavors as he has been discharged from the facility recently. 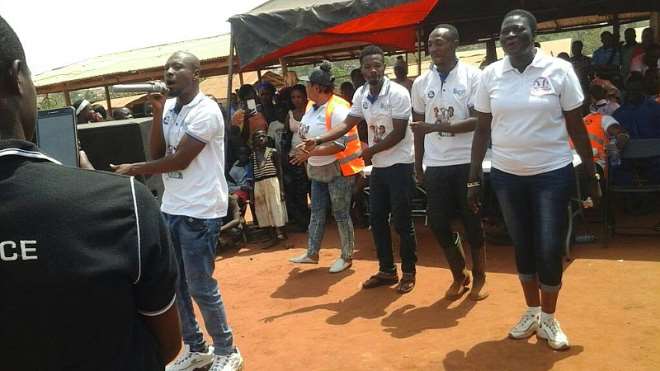 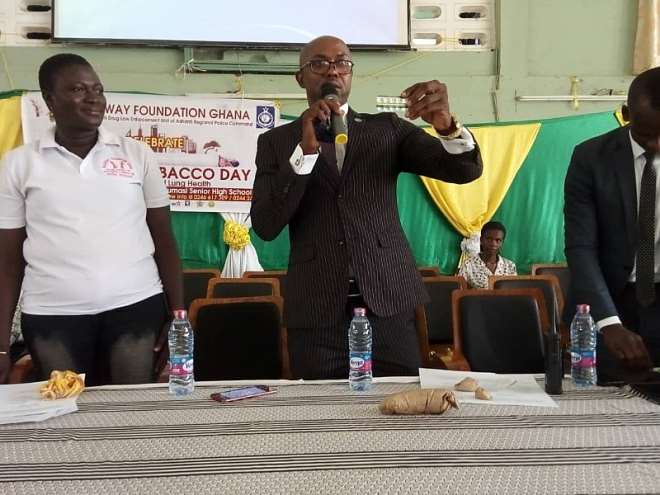