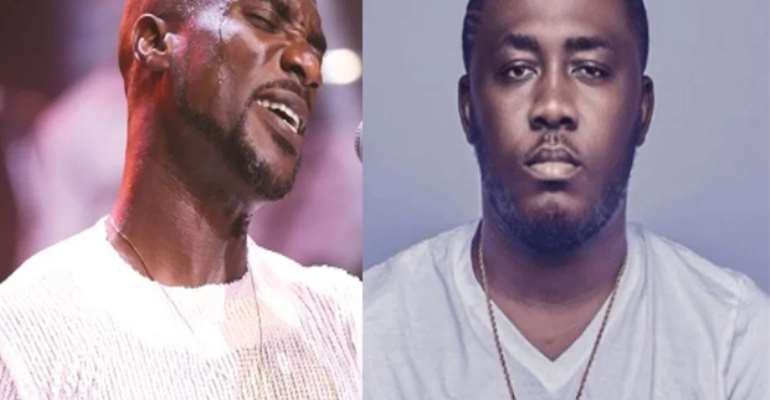 Ghanaian musician, Kwabena Kwabena, has threatened to sue Kontihene over defamatory statements against him.

Over the last few days, Kontihene made some damning revelations about Kwabena Kwabena in an interview.

According to Kontihene, Kwabena Kwabena has been on drugs for as long as he can remember.

Responding to the allegations in an interview on Accra FM last Saturday, Kwabena Kwabena told host, Nana Romeo, that this was not the first time the rapper, Kontihene, had made such allegations against him.

According to him, it all started in 2006, “He cursed me in 2006…he told one of his friends, Nana Adu Sei, that If I was able to release a song that would be bigger than Asor, then God was not alive…in 2016 he wanted us to do a song together and I did not do it,” he stated.

“He is making dangerous allegations that he has made bad investment for spending his money on me…I will take him to court. You do not do that, he should be very careful, maybe he wants to do something and is riding on my name, that is okay, but to go that length to denigrate me is not appropriate,” Kwabena Kwabena added.

Based on this, Kwabena Kwabena said Kontihene should prepare to meet him at the law court.

He further stated that he did not want to talk, but the defamatory remarks from Kontihene were becoming many.