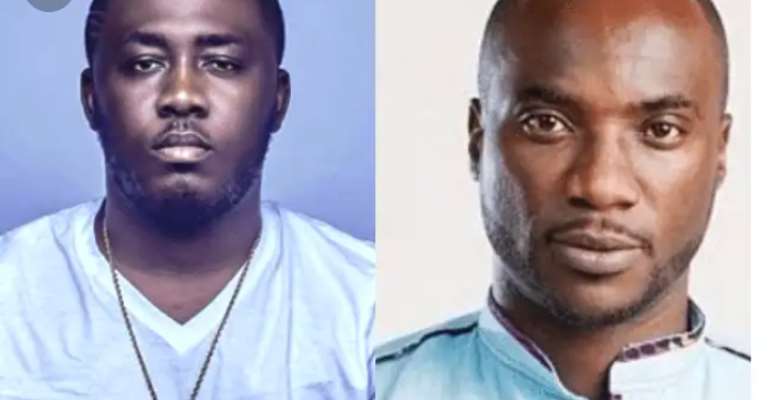 Cape Coast, George Kwabena Adu known in showbiz circles as Kwabena Kwabena has debunked allegations that Kontihene discovered him. He recounted that before "I met Kontihene, I was already a vocalist at Hush Hush studios at Hammer studios and Tinny can attest to that fact". "I worked on Tony's album beofre Kontihene met me". "He came to look for me, I worked with Kwaw Kɛse, name them" an obviously not too happy Kwabena Kwabena remarked.

The "Bue Kwan" Hit maker was speaking on Accra FM reacting to allegations by Kontihene against him of being a drug addict and a womaniser." The reason why I wouldn't say anything bad against Kontihene is that when we did the" Asɔ" song most people didn't believe in the song but he promised to promote the song" Kwabena Kwabena narrated. He further explained that he duplicated 50 copies of the song and Kontihene moved his car to distribute the song". "This is the reason why I shall not say anything bad about him because if anybody does anything for you, you need to be appreciative" he added.

Kwabena Kwabena continued that for Kontihene to make allegations that "I'm on drugs "he should get ready, I shall take him to court". "You don't do that". "He should be very careful". "May be he wants to do something and is riding on my name, that can be OK" but do go that length to denigrate me is not appropriate. "He should be very careful" the "Royal lady" hit maker warned.

In concluding the discussion he said for the last 15 years of doing music, "God has been good". "I've not done anything apart from music and have been very successful". "I just don't brag about what I have".