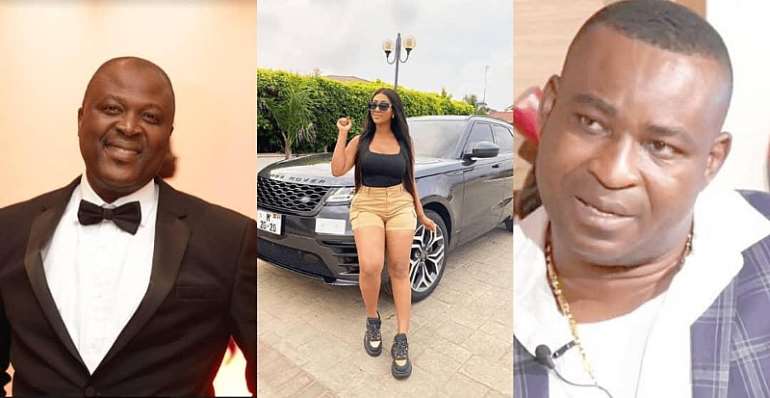 Lawyers of social media influencer, Mona Faiz Montrage aka Hajia4Real, says she is not in any romantic relationship with businessman Ibrahim Mahama.

alleged that the brother of former President John Mahama, Ibrahim Mahama, was the person behind the expensive Range Rover gift Hajia4Real, received on her birthday over the weekend.

Hajia4Real, an alleged entrepreneur and social media influencer on her birthday was gifted with a sleek Range Rover and a mansion at Trasacco Valley Estate after she threw a lavish party.

Ibrahim Mahama accordingly was present at the birthday party.

In an interview on Wontumi TV, Chairman Wontumi accused Ibrahim Mahama of buying expensive gifts to lure and snatch Hajia4Real from her then-boyfriend, CEO of Kenpong Group of Companies, Kennedy Agyepong, popularly known as Kenpong.

But her lawyers from Dwumfour & Dwumfour, dismissed the claims, saying “our client is not the girlfriend or a paramour of Mr. Ibrahim Mahama.”

“Our client has not received any vehicle and/or a house as her birthday gift or present from the said Mr. Ibrahim Mahama,” the lawyers said.

The lawyers noted in a statement that “Mr. Ibrahim Mahama has not “snatched” our client from any other person as was portrayed in the said video.”

[Video]Don’t Vote For NPP Members Contesting As Independent ...
10 minutes ago