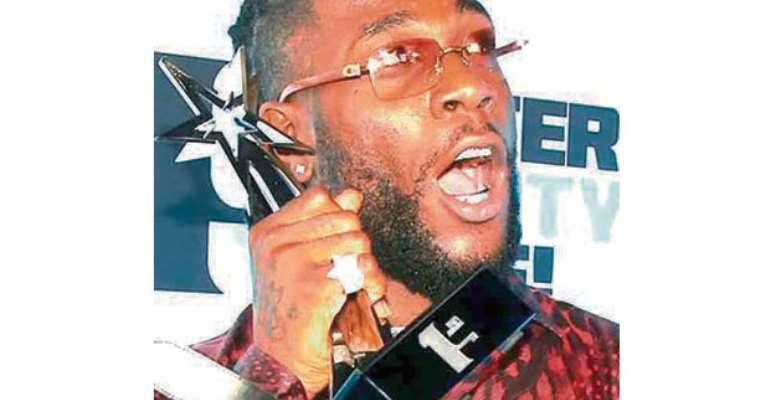 Burna Boy becomes the first artiste to win the BET Best International Act award for two years in a row.

The Nigerian artiste, who has performed on a number of local and international platforms, beats music acts like Stormzy and Dave – both UK based artistes, Ninho and S.Pri Noir (France), Sho Madjozi (South Africa) and Innoss'B (DRC) to win the award.

Burna Boy rose to prominence in 2012 after releasing Like to Party, the lead single from his debut studio album L.I.F.E (2013).

In 2017, Burna Boy signed with Bad Habit/Atlantic Records in the United States and Warner Music Group. His third studio album, Outside, marked his major-label debut.

In 2019, he won Best International Act at the 2019 BET Awards and was announced as an Apple Music Up Next artist.

His fourth studio album, African Giant, was released in July 2019. It won Album of the Year at the 2019 All Africa Music Awards and was nominated for Best World Music Album at the 62nd Annual Grammy Awards.

This year's edition of BET Awards marks its 20th anniversary. The annual event first kicked off in 2001 as a way of celebrating black excellence and achievements in music, acting, sports and all venues of entertainment, and has kept its mission statement going strong since.