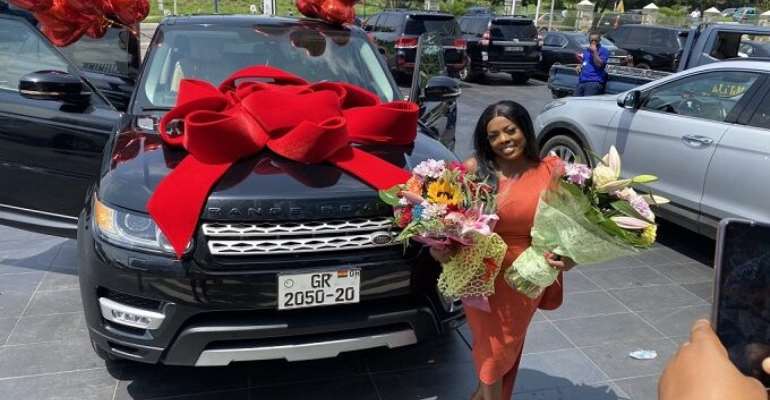 The Driver & Vehicle Licensing Authority (DVLA) says a Range Rover with number plate GR 2050-20 that was recently dashed to Nana Aba Anamoah as her birthday gift does not exist in its system.

On Friday, June 19, 2020, the luxurious car was reportedly presented to the media personality on the premises of GHOne TV, where she works as the general manager.

The person who gave out the car is not known, but reports say it was driven to the premises of GHOne TV by one Empress Jamila, who doubles as a fashion stylist and a friend to the seasoned journalist.

A press statement allegedly coming from DVLA on Tuesday has confirmed that the registered number plate for the Range Rover is not in their system.

The Licensing Authority can confirm that the white Nissan Rogue SUV has been registered and assigned with the registration number in consonance with the road traffic regulation. However, checks in the system indicate that the Range Rover is not registered,” the DVLA statement indicated.

“The Authority wishes to remind vehicle owners and the general public that a person shall not drive a motor vehicle or trailer unless it is registered,” it added, disclosing the DVLA has commenced investigation into the circumstances that led to the violation to the traffic law in this case.