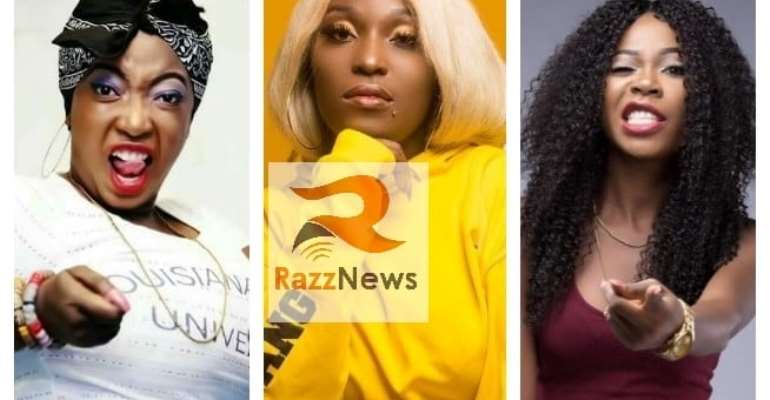 ‘Beefs’ and rap battles in the music industry come with a level of craze and set the country ablaze.

Over the past few weeks, female rap artists: Eno Barony, Freda Rhymz, Ohemaa Dadao and many others have battled to claim the title of the ‘King of Queens’ of rap music in Ghana.

BET award-winning, sensational rapper and President of Sarkcess Music, Sarkodie has hailed Eno Barony as the Queen of rap music; and to endorse this stellar claim was multi award-winning rapper, Yaa Pono.

The claim has obviously not settled well with the other rap divas. A number of them have agitated the claims of Eno Barony and her fans, and Prolific rapper Freda Rhymz and sensational rapper Ohemaa Dadao are not outstanding.

In separate interviews on Nana Adwoa’s popular ‘Entertainment City’ show on Atinka TV, these queens have tried to bear down the heavy-weight title with mind-blowing freestyle raps.

Apparently, the UMB award-winner, Freda Rhymz and WAFRIC award-winning rap artist, Ohemaa Dadao will not let the title go without a fight.

Cruise on the videos below, and determine for yourself who really deserves to be the almighty ‘King of Queens’ of rap music in the Ghanaian music industry.