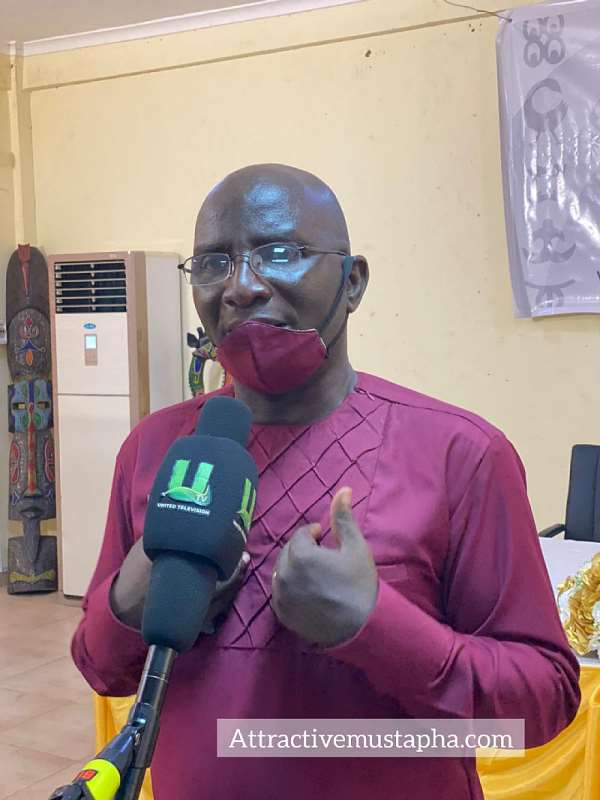 Chairman of the Film Classification Committee of the National Film Authority has disclosed that it will take just 24hrs to find answers, explanations and effectively deal with all problems surrounding the Creative Art industry.

Making reference to Shatta Wale's lamentations on building an effective industry on the ‘Best Entertainment Show’ hosted by Halifax Ansah-Addo last Wednesday morning, Socrate said the government has given the industry whatever it takes to achieve a befitting industry instead stakeholders have failed in its implementations.

According to ‘Reign Album’ maker, Ghanaian industry will receive it's due esteem if players patronize unity and oneness.

In agreement, Socrate Safo imparted; "It will take only a day to solve all problems surrounding the showbiz industry. We don't need seminars, workshops among other gatherings to better the inferior creative art industry instead we have to sit down and cede to oneness and unity. And this will take only a day to achieve. Now we can't complain to the politician because they have given us all that we need. I was among the few who pushed for GHAMRO to be passed, we only have to sit down and plan on its implementation for our advantage."

According to Socrate, Ghanaian artistes pose nescient about the regulations of the agency hence they keep demanding that which is childish.

Socrate Safo maintained that Ghanaian artistes instead of demanding logging sheets and enquire to know on which database the GHAMRO disburses its royalties but only demand money from the agency.

Laying more emphasis on his claim, Mr Socrate propagated that the Ghanaian artistes have failed to put GHAMRO behind its right desk to be proactive.

“GHAMRO is not being proactive because the Ghanaian artistes have failed to be equipped with what the agency entails. They keep asking of that which is childish and jejune instead of making relevant queries to be schooled on the specific data on which the agency disburse it royalties among various creative persons. GHAMRO officials have not been dissipating creative art persons royalties, the fact is, their structures of disbursing these royalties is weak. Ghanaian artistes should demand better and appropriate structures.” He added.