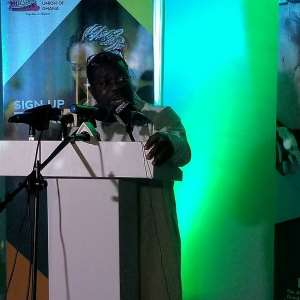 The National Security outfit has carried out reports on the upcoming New Patriotic Party Parliamentary primaries which has revealed that the former president of MUSIGA, Bice Osei Kuffuor popularly known as Obour is likely to lose the Asante Akyem South Constituency primaries.

The report which is available to Asempa FM according to the host of Ekosii s3en as he put out on Friday, 12th June, 2020, monitored By Ghanaian Journalist Attractive Mustapha Nii Okai Inusah, put most NPP incumbent MPs at a better edge than their contestants.

The New Patriotic Party (NPP) days ago released the list of candidates who have qualified to contest for the 2020 primaries in constituencies where the party has sitting Members of Parliament (MPs), slated for Saturday, 20th June, 2020

The former MUSIGA president Obour was part of the names of candidates who went through a successful vetting and expected by many in the entertainment industry to win the seat.

Obour since his official declaration to contest has gotten huge support from majority of people within the creative arts who are hopeful of a win but the latest report from the security proves otherwise.