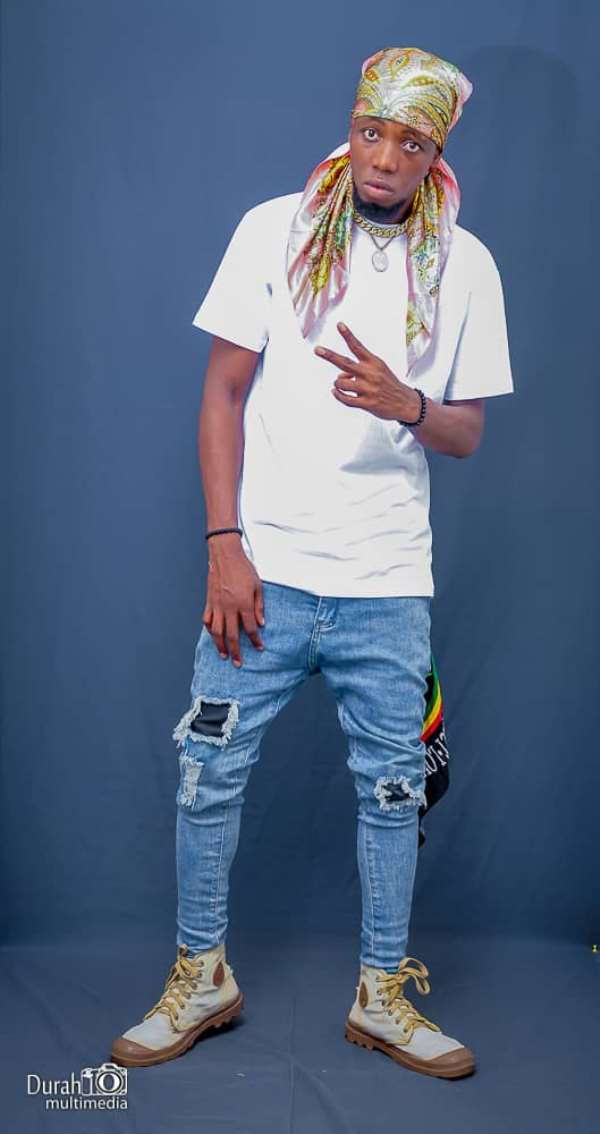 The "Ta Pang Ma" hitmaker has appealed to the public to desist from posting their relationship matters on social media especially, as a public figure.

He noted that such an attitude can be a bridge to block you from soaring high in the near future.

The Emylink entertainment record label artist, Kwasi Ali Kraja knew well in the show business as Tom Taylor said his colleague musicians should look for wonderful stage names instead of using their birth certificate names in the showbiz world.

This is because any name you use in the music industry must have a good role to play in your career as a musician.

According to him, 'My Wife video' is the continuation of the Dkumna.

Speaking on Padfm Entertainment show on the 8th June 2020, he added that," one must have an agenda every year so you can work hard towards it".

Gonjaland music he said must rise because, we have great sound engineers, DJs /professional presenters who have been supportive.

He thanked the Savannah-based sound engineers for the love, patience, understanding, mercy, and care given to the artists.

According to the Dkumna hitmaker, laziness is dragging Savannah music backward.

"Musicians here in Gonjaland are too lazy. They must be up and doing. Is about time artists end discouraging themselves from "I Cannot DO It, No Money, Music Here Don't Sell. They should make use of social media handles more efficiently and their YouTube accounts to project their music business to reach the world quickly. That is the only way forward for artists to also gain something when they work hard and hit the number of subscribers needed," he noted.

The songwriter pleaded with his colleague to try and shoot videos to complete their work. 'Don't leave your songs hanging and in the end, you turn to blame people of Gonjaland because they alone cannot make you famous'...

He further stated that, artists must let go of pride, too known and seek management and supporters.

According to him, confidence and belief must be part of their life.

He concluded that saying that, "I am active because I rehearse, I listen to others and I'm not lazy".

Hottest Photo Reports
Catch up with all the political quotes from our politicians.
Advertise here
More Interviews
ModernGhana Links
Vodafone Ghana Music Awards 2021: Diana Hamilton Grabs 6 Nominations
Ladies are not Ready to Build with any Man...Flora Jacobs
Salma Mumin Debunks Rumour That She Removed Her Butt
WATCH: Travel the world amidst COVID-19 with Jynna Asiedu-Ofei and her Borga Diaries
Teni: Humanity Over "The Industry"
We Had Sex In A VIP Bus---Fameye Recalls Regrettable Experience
All Those Who Made Promises At My Father's Funeral Have Not Fulfilled Even One--Late George Forest Son
Bosom P-Yung Appeals For Funds
I Won't Bother Myself To Prove My Doubters Wrong—Bosom P-Yung
TOP STORIES

Takoradi kidnapping conspiracy: We will establish the truth ...
54 minutes ago