4×4 Was Supposed To Be Castro & I---Captain Planet Reveals 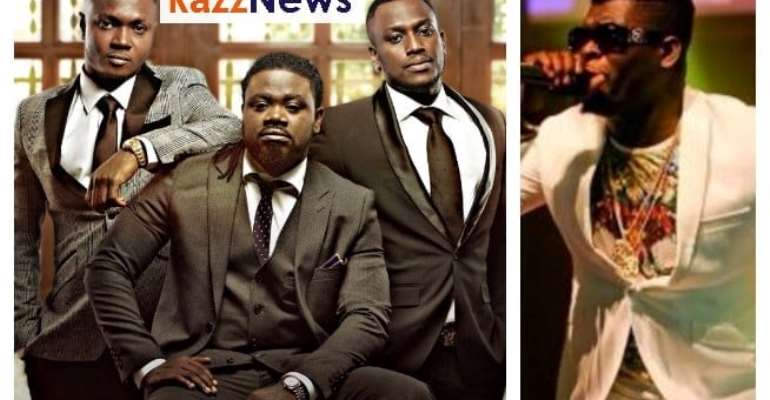 Leader of multiple award-winning music group, 4×4; Captain Planet has revealed that Castro was initially supposed to be his better half in the group.

But speaking in an interview monitored by RazzNews.com, Captain Planet, who was answering a question in line with whether he has missed Hiplife star,Castro, surprisingly revealed how Castro was initially supposed to be his better half in the 4×4 group.

According to the ‘Obi Agye Obi Girl’ hitmaker, together with Castro were servants for legendary sound engineer,Jay Q and other senior musicians at the Hush Hush Studio and were about to form the group-but Bright of BukBak fame brought Coded somewhere along the line which resulted in Jay Q recording solo songs for Castro.

“Yes, I miss Castro. People don’t really know how 4×4 was formed..The story behind the group. Initially, it was supposed to be Castro and I.The two of us were serving Jay Q and other senior musicians at his studio(Hush Hush) so we decided to form the group but Bright later brought Coded then Jay Q recorded Castro”, he opined

Castro, who has been described as the ’50 Cent of Ghana’, went missing on July 7, 2014 after allegedly trying to rescue drowning girlfriend Janet Bandu at Ada.

The prolific singer, whose real name is Theophilus Tagoe, along with Bandu, Ghanaian striker Gyan and some friends, hired jet skis from the Aqua Safari Resort.

Bandu is said to have fallen from the back of the jet ski Castro was riding, and witnesses say he jumped in to try and rescue her. Castro who is noted for hit songs such as, Boneshaker,’ Seihor’,’Do the Dance’, and ‘Odo Pa’ featuring Asamoah Gyan will be pronounced dead in 2021 if he is not found before that time.