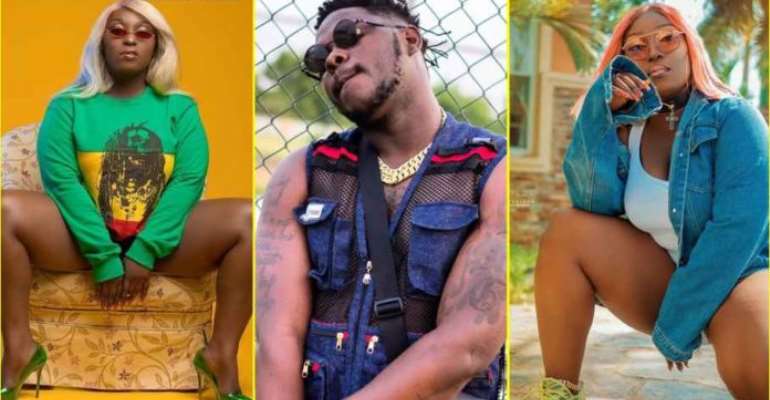 The much-anticipated reply by rapper Medikal which unfortunately wasn't on a hip-hop song but rather in a series of tweets directed at rap goddess Eno Barony has left many with divided opinion.

Some people are of the view that Medikal is trying to avoid being disgraced in a lyrical battle whilst others also opine that Eno Barony merits the words used on her because she was the first to insult Medikal in her diss song.

Speaking to Amansan Krakye on Radio Central in Cape Coast, Eno Barony was asked if she's really abusive in her rap diss song as some people claim,

She answered "I'm not verbally abusive but I'm rather lyrically eloquent in my rap songs.

"The difference is that being lyrically eloquent demands tactfulness, good sense of judgment, and applying common sense in whatever I say in my rap deliveries.

"However, being verbally abusive means making frivolous statements just because they also feel like saying something for the sake of the public", she added.

When asked by Amansan Krakye if she was disappointed by the reply she got from Medikal particular describing her as a corpse,

She retorted " Well, with the Medikal issues, right now I don't want to even talk about it".

VGMA Best Rapper nominee, Eno Barony recently threw shots at a ghost writer for Sista Afia in a diss song titled 'Argument done' but Medikal feels disrespected by the jabs in the song.