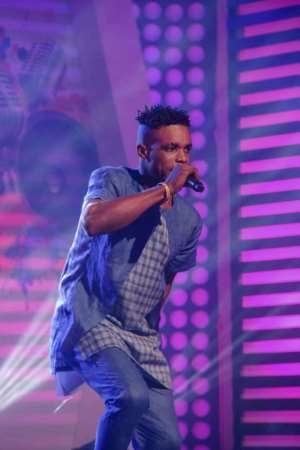 TV3 Mentor former contestant, Chichiz, has given his candid opinion to the seeming tensions arising from accusations that Kofi Kinaata and other big artistes are not doing enough to support upcoming artistes in Central and Western Region.

He opined "In this world, you need a lot of patience to be successful. Sometimes, people say some of the big artistes in Central and Western Region don't help us, the upcoming artistes but it also depends on us to put in the efforts.

"I'm cool with Quamina MP and I'm about to record a song with Kofi Kinaata. Even TeePhlow paid me a visit when I was in the TV3 Mentor house.

"As for me, I can feature any one of them on my song. It's not about money, it's rather about hard work.

"Some upcoming guys don't have money but the songs they bring out will make some big artiste conclude that this person is good so let me feature on his song and help him promote it to get the needed recognition.

"The little I can say is that hard work and discipline alongside good luck can make you blow but it's not only featuring TeePhlow, Quamina MP, Kinaata or Ayesem before you can blow as an upcoming artiste".

Sleeky Promotion CEO Saddik Assah who is based in Effiakuma has been served a letter by legal representatives of Kofi Kinaata and TEAM MOVE for defamatory statements made against their client that he's not supporting the upcoming artistes to blow because of selfish reasons.