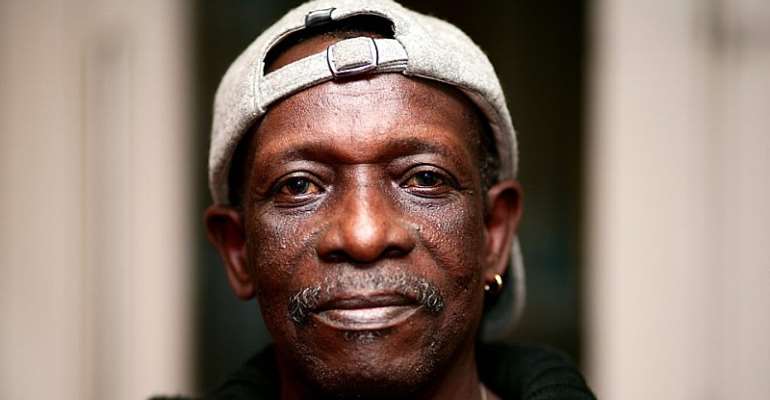 Exactly in August 2009, legendary Nigerian drummer Tony Allen, who created the Afrobeat along with his old bandmate Fela Kuti, and I had our first historical meeting in Paris, France. I had flown in from Shanghai, China, to meet with him for an informal encounter.

Despite our heavy working schedules and limited time, the meeting lasted for about two hours. During the discussions, I asked him several questions about his professional musical career and life. In fact, he was extremely passionate and enthusiastic talking with me, and to remember him here are a few excerpts:

When did you begin your musical career and who are your favorite musicians?

My career started at the age of 20. In fact, I was hired by Sir Victor Olaiya to play claves with his highlife band, "the Cool Cats" and was able to fill the drum-set chair when the former Cool Cats drummer left the band. I also played with Agu Norris and the Heatwaves, the Nigerian Messengers, and the Melody Makers.

In 1964, I joined Fela’s ‘Koola Lobitos’ and stayed with Fela for 15 years. When I was learning to play I’d check out LPs and magazine tutorials by Gene Krupa, Art Blakey, and Max Roach, Guy Warren was also an influence. Of course, I was also a fan of Elvin Jones, Tony Williams, and Bernard Purdie.

I was asked to name my dream band to play with, and I chose: Oumou Sangare and Salif Keita on vocals, Bootsy Collins on bass, George Benson on guitar, Wayne Shorter on sax, Joe Zawinul on keys, Don Cherry on trumpet, and with a line-up like that I’d have to be the drummer!

What was the motivation behind your chose profession?

My parents were…not keen. Back then, musicians were more or less thought of as beggars, or worse. But I just put it in front of them. I was an electrical technician, but I wanted to make a change. My mother was never happy about it, but my father, who was an amateur musician, eventually agreed.

How is this profession influencing or shaping your own social life?

It has had a profound effect. Our albums with Afrika 70 either provoked or described a series of increasingly brutal attacks by the Nigerian army and police. Fela and his immediate family bore the brunt of this long and shameful catalogue of assaults, trumped up charges and jailings, and I myself was jailed on one occasion. With Fela it was like being at university, and you don’t run away from education. We learnt so much by not being cowards.

When I left Fela’s band that had a big effect on my life. Lagos was too small for me and Fela. It was a small place, and I wanted room to take off without causing competition, I eventually chose Paris partly because the British immigration people were giving me difficulties, but also because African music was more happening then in Paris than in London, and my record company at the time was in France. It was the only place I felt I could exercise my knowledge. The only place to make a living. Being a musician, the line between work and social life is, often blurred doing what I do for a living is what I do for enjoyment.

There seems to be some truthfulness in your career. Which songs spiritually appeal most to you personally when on stage?

Absolutely, as a musician and an artist you have to be true to yourself. Different songs appeal to me more at different times and under different circumstances, it can depend on who you’re playing with, where you’re playing and how the audience respond to what you’re playing. Playing music is very spiritual but I won’t say that one thing I do is more spiritual than another as I try to invest all in everything that I do.

Of what importance are the messages you convey through your songs to our society, in your interpretation?

Afrobeat has always been about the struggle, then and now. Fela was right about everything, especially the messages in all his songs. Everything he sang about is still happening. Nigeria’s not getting any better. It’s all maladministration and corruption, survival of the fittest. Lagos is a complete mother ****** of a place. These messages we send to the government, they never listen to them. The people wait for an effect, but there’s no effect. These guys do nothing. Afrobeat is rebellious music. We have to keep shouting.

Do you mind talking about your experiences (both positive and negative) in previous European tours?

Laughs! I don’t mind at all but this is a big question that I’m not sure how to answer. The fact is that the good experiences overwhelmingly outweigh the bad, which is why I’m still out on tour at nearly 70 years old. As long as people want to come and see me play, I’ll play.

How do you usually visualize your audience during musical performances?

I am very pleased to have had the chance to play at many festivals abroad. The foreign people know all about social and political upheaval, so even though our cultures and heritage are completely different, they feel the power of Afrobeat and confirm my belief that music is the great healer in the world. It was a long musical trip, there is no way back but well worth it. You just don’t have to return, I have to move forward!

Many people think going into musical world is just to make quick money. What is your reaction to this?

Ha! Most musicians are struggling musicians only a small minority make serious money, musicians all around the world play for the love of it, to express themselves creatively and for the interaction with the audience. A lucky few might make millions but you can’t judge everyone else on that basis, lawyers, accountants, bankers, those guys make the serious money. Also, those motivated by money don’t make as good music, if your inspiration isn’t true, then it shines through in music.

Would you have opted out of stage if you were offered an alternative job? Not all, as I said earlier, I had job which I left in order to be a musician, that wa almost 50 years ago and I am still in it. I think I made the right decision.

If you could have lunch with anyone, real or fictional, alive or dead, who would it be and what is the first thing you would ask him or her?

It’s impossible to pick one single person, there are loved ones that would be great to see one more time, but musically the most obvious person would be Fela Kuti, and I’d ask him if he’s happy with what’s happened to the music that we created together.

What are your goals for the coming years?

I want to keep on doing what I do, improving and doing new things. I’m very happy with my band and our new album, we can do great things together. I’m very fortunate that I get the opportunities to work with all manner of artists doing different and interesting projects, long may it continue.

Music is my mission. I never get satisfied and I’m still learning from others. The musical world is very spiritual, and I don’t think there’s an end to it. The best legacy is your professional work and leaving an indelible mark on the minds of people.

Additional information: Agence France Press (AFP) wrote that Allen was the drummer and musical director of Fela Kuti's band Africa ‘70 in the 1960s and 1970s. During that time, the pair created afrobeat, combining West African musical styles such as highlife and Fuji music with American imports jazz and funk. Afrobeat went on to become one of the totemic genres of 20th-century African music.

Over Allen’s thrilling beat, Fela laid out his revolutionary and pan-African message, which led him to become one of the abiding icons of the struggle for freedom across the continent. Allen and Fela recorded around 40 albums together in Africa ‘70, before parting ways after a mythic 26-year collaboration. Such was the hole that Allen left in his band, Fela needed four drummers to replace him.

Allen taught himself to play drums from the age of 18, drawing inspiration from American jazz greats Dizzy Gillespie and Charlie Parker as well as contemporary African music. He remained hugely influential and beloved by generations of musicians.

British musician and producer Brian Eno have called Allen “perhaps the greatest drummer who ever lived.” Allen was the drummer in the supergroup The Good, the Bad & the Queen, also featuring Blur singer Damon Albarn and The Clash bassist Paul Simonon, which released its second album in 2018. Tony Allen died suddenly at the age of 79 in the Paris suburb Courbevoie, France.