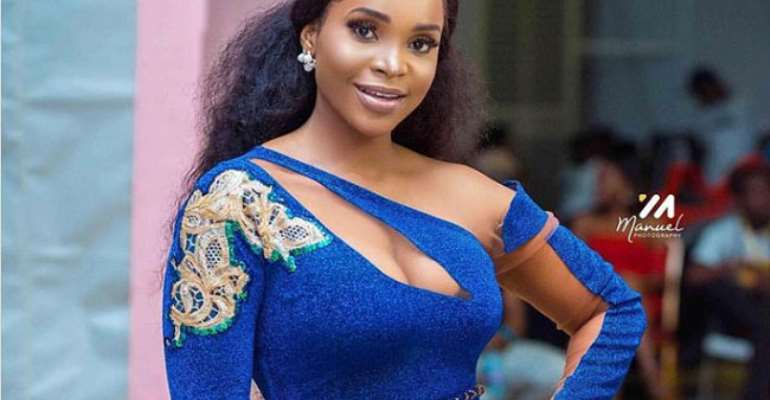 Allegations that actress Benedicta Gafah once had an amorous relationship with Bishop Daniel Obinim have not only spread wide but also raised damning questions about today’s church.

Many people ‒ both Christians and non-Christians ‒ are shocked over the allegations because they expect a 'man of God' like Bishop Obinim to lead people out of sin, and not into sin.

The Member of Parliament (MP) for Assin Central, Kennedy Agyapong, who made the allegation, has sworn to expose the “dirty secrets” of the founder and leader of the God's Way International Church, who claims to be an angel.

Benedicta declined to deny or confirm the claims when NEWS-ONE reached out to her on Saturday.

A member of her media relations told NEWS-ONE that she is not interested in reacting to the allegation.

According to the MP who spoke on The Seat on Net 2 TV, the actress was among some 13 women who Obinim allegedly had been having sex with aside from his wife, Florence Obinim.

The revelation was, however, Kennedy’s reply to Florence's earlier accusation that he (Kennedy Agyapong) is adulterous and has many children outside his marriage.

The MP released names and photos of ladies Obinim had slept with outside his marriage to prove that Florence Obinim's husband does the most when it comes to womanizing.

But the Kumawood actress has been showing signs to the effect that she is least worried about Ken’s claims.

Shortly after news went viral about her alleged sexual escapades with Obinim, she took to her Instagram to share a video of herself in the kitchen dancing to Nigerian star Burna Boy's hit single titled 'Ye'.

She sang the lyrics of the song which suggest that her focus is on creating wealth and living the best life.

The actress subsequently shared her bikini photo to possibly indicate that she is not ashamed of her body.

Benedicta and Obinim first made headlines in 2016 when he reportedly 'delivered' her from some marine spirits.

In a video that was widely circulated on social media at the time, Obinim revealed that there was an agenda by a marine spirit (mermaid) to hinder her career and also prevent her from getting a good marriage. He advised her not to swim in any water body and went on to pray for her.

After that came rumours in 2017 that they were dating but Benedicta denied it, saying “Me, myself, I am a bit confused. I don't know where all those stories are coming from but I am not dating him. Yes, I am dating, I have a boyfriend who I love very much and I will never leave him for anything in the world and he is not Bishop Obinim.”

Meanwhile, other reports claim Benedicta had once been married to one guy in the United States of America (USA).