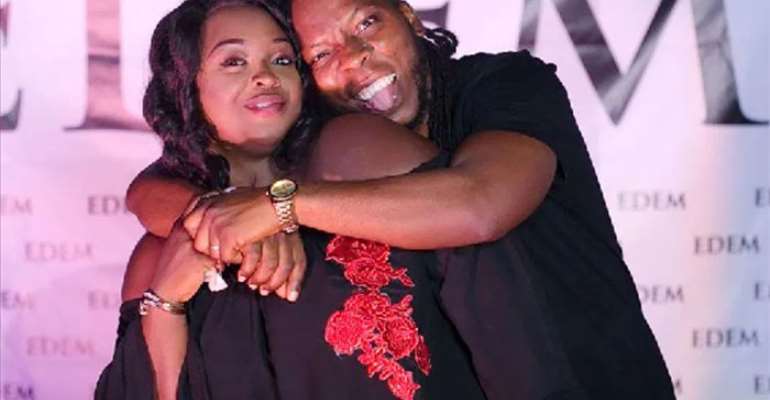 Edem with his wife Stacy Osekere

As the Ghanaian artiste, Edem celebrates his wedding anniversary, his wife, Stacy Osekere took to Twitter to shower praises on her him.

She described her six years marriage to the musician in a weird but unique way, which has got several people talking.

Some have praised her for her boldness, while others find it too revealing, arousing the curiosity of other people.

The post shows how happy the rapper has made her for the past six years.

According to reports Stacy has been Edem's long-time girlfriend even before marriage.

To celebrate him she shared on Twitter a short video clip capturing her time with her husband Edem.

Reacting to the post, Edem said “Madam you are not correct,” with a love emoji to accompany the note.

Edem has been recognised as one of Ghana's finest rappers, in the music industry.

Rapping in his local dialect Ewe, has been his style which has earned him many accolades over the years.