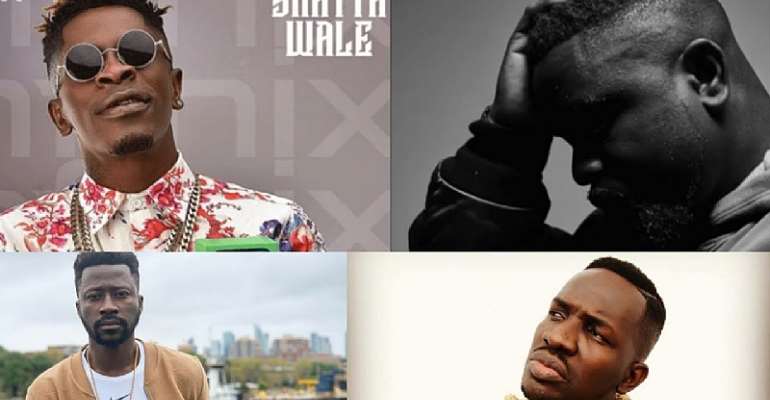 Shatta Wale has descended again on Sarkodie for organizing hit battles between Ghanaian music producers. Sarkodie for some days now been bringing some music producers behind some of the popular hit songs in the country to battle themselves in a challenge dubbed #behindthehits.

So far the likes of Appietus, Jay Q, Richie Mensah, Killbeatz and others have gotten the chance to prove why they are the best.

But Shatta Wale has described the actions of his former best friend Sarkodie as useless stating that the producers don’t have money and the best Sarkodie can do is organise a challenge for them.

In an interview with MzGee on 3FM, Shatta Wale said, “You know Shatta is the type that will just barge in and ask them is there business in this if there is no business in this I don’t think people should be excited about this, then it’s a useless challenge”.

“It’s fun, it’s entertainment but then there should be something going on around it. For me, I would not agree to go on Instagram to battle any artiste if there is no financial benefit,” he added.