Full Review Of FaithConcert20: A Fabulous Inception Of Virtual Concert 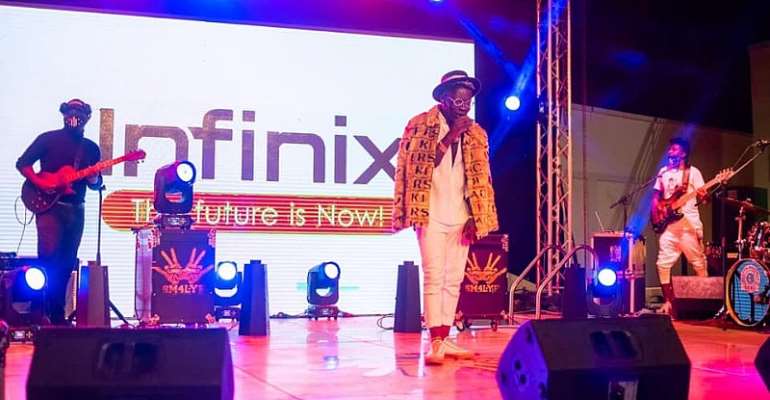 What makes a great live show? A live concert is a very subjective experience, so the answer really depends on who you ask, and the genre of music can be a huge factor as well.

Performing with a band has become so much of an unwelcome situation for the 21st-century Ghanaian musicians since most of them seem to be comfortable with miming.

Indeed, we can make a good list of a few musicians who will sincerely give outstanding performance with a live band setting at this side of the world.

FaithConcert, an outdoor live band setting hosted by Charles Nii Armah Mensah known otherwise as Shatta Wale had come off on the 4th April 2020 at his Trasaco apartment where fans were obliged to stream and enjoy at the comfort of their homes in the wake COVID-19 outbreak in Ghana.

In this article, I will take you through my candid observation of the concert and to give you a full review of the whole show per my understanding of music and live band performances ___and at this juncture, you opinions are welcome.

Arguably, Faith Concert by Shatta Wale is the first virtual concert hosted by a Ghanaian musician on a professional setting. Shatta Wale had announced his “FaithConcert” weeks before the due date which gave him a long and well overdue anticipating period by the Ghanaian people.

Even in a time of a pandemic outbreak, Shatta Wale managed to have the media attention by granting few interviews on the traditional media and had his million fans making all the noise about the concert on social media.

The fever was not bad especially in a time like this where every media reportage is focused on a pandemic outbreak.

The Shatta Movement had given their all to project and set a standard for virtual shows in the country. Things were made at a close pace but in excellencies. Shatta Wale had introduced his band and instruments a week prior to the event and his quietness on social media within that period only hints a serious rehearsals behind doors. The focus was to deliver a class, and indeed it was executed.

And that was the most appealing. The Faith Concert stage indeed was not of such expectant and Shatta Wale has really raised the bar so high for such an event. A virtual concert with no audience attendance in normality should be hosted at a very confined auditorium with few musical instruments.

Shatta Wale pulled a surprise by mounting a world-class stage for just a virtual concert and that is so good to write home about.

For the first time in history, Ghana has been blessed with a very great sound from such a concert and my commendation goes to the sound operators. Even though it wasn’t an opened concert to observe a raw sound from the venue, the processed output audio was so clear and as a viewer, I enjoyed a smooth and uncompromised sound. One can talk less about the visuals since it was on a live streaming agent where the strength of your internet connection decides the quality of visual output you are to enjoy.

The FaithConcert staged a five-man band (High School Band) which on the night gave their best for a beautiful concert.

With my observations, there weren’t any style, renditions nor an elan performance to wow the audience. The band was so stern and that restricted them from showing some class of performances and portraying their unique skills on the instrument.

They appeared to be caged and incarcerated and that simply kissed off the spice in the concert. Aside from that, they had a great show, had a wonderful connection and keys on point. They really appeared well-rehearsed. Perhaps, meanwhile, live band performances ought to come with some varies.

Backing Singers provide harmonies and vocals that complement the melody line performed by a lead singer. With such understanding, I will conclude that the backing singers on the night couldn’t deliver to perfection as it gets to a point during the performances, they slacked, singing off notes and sounded so dissonant. In general, the modern Ghanaian live band really lack harmonious backing singers. In this case, the featured backing singers at the FaithConcert will need enough room to change the narrative.

Shatta Wale on the night gave outstanding performances except that his energy level was below par. Known of his style of performing, Wale was calm, seems illiberal on stage, and such prevented him from attempting any renditions of songs. The “wow” factor was actually missing in his entire performance. His stagecraft was very well managed even though the absence of his fans was shown all over him which in any other way affected his performances. Giving him the benefit of the doubt, that is his first time mounting a stage without his cheering fans.

Apart from that, he had been superb with his timing and notes, breath control, vocals and unquestioned delivery. Championing live band performances, Wale was so much in line with the band with good communication.

FaithConcert only did not mean to entertain Ghanaians at the comfort of their homes in this time of self-quarantine and partial lockdown in the wake of COVID-19 but to educate the public on keeping safety measures against the spread of the novel pandemic.

It was so relevant for Shatta Wale to invite a professional health worker to educate his viewers on the symptoms of the coronavirus disease and also demonstrated a better procedure of hand-washing as a basic preventive measure.

Aside from being entertained, Faith Concert creates an avenue to be educated and to stay safe from contracting COVID-19 which was a plus.

Shatta Wale has really set the bar high on virtual concerts at this side of the world with his Faith Concert and the next artiste to try that should up his/her game.

Indeed he has set a pace of transition at the Ghanaian music scene and has created an avenue for music performers to make some significant gains from their craft.

FaithConcert recorded a historical stream on Youtube with about fifteen thousand live streams within an hour. FaithConcert is rated 70%overall.