Behinddahitz: Uncle Zapp, You Got It Completely Wrong 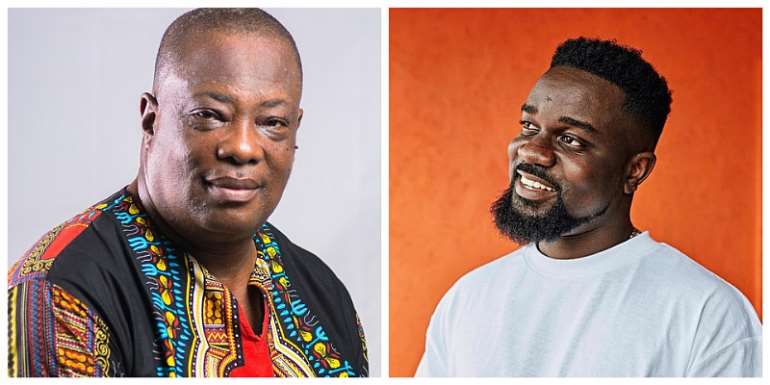 The next paragraph is your (Zapp Mallet) reaction to Sarkodie's call to share the ‘stage' with other successful music producers like Hammer, Appietus, Jay Q.

“There is something called respect which is lacking in Ghana today. For instance, you don't compare somebody who was churning out hits before you made Kindergarten with your mate who just started a couple of years back. Show some respect. You will also get there”

I waited all day for a disclaimer that the said account is fake but it appears you really meant it. Below is my take.

Most part of the world has been subjected to physical isolation due to the deadly Corona Virus. Boredom is killing countless and one way ‘we’ have found to kill this or at least make it manageable is music.

Behinddahitz started in the US among top Hip Hop and RnB Beat Makers and Song Writers, Timbaland kick-started it when he squared of with Swizz Beatz, Hit-Boy vs. Boi1da followed, then Sean Garrett vs. The-Dream and Johnta Austin vs. Ne-Yo.

In the end, it was never about who was better but a good walk down the memory lane. Those who did it there didn’t see it as a competition to determine who is better neither did consumers. It was just a fascinating look at how some of the hits happened from various producers' perspective.

What happened between Appietus and Jay Q was a friendly competition aimed at killing boredom. In view of this, your attack aimed at Sarkodie who is only trying to make something happen in the entertainment space and what looked like disrespect towards other producers was uncalled for and I want to give you the benefit of the doubt that you got it wrong. I want to think that Sarkodie didn’t give you much details hence you rant. But it’s the content of your attack that got me very disappointed.

Beyonddahitz seeks to celebrate you the brain behind the big songs of today and yesterday while at the same time entertaining the countless people who are stuck home.

If you do it with Richie, it makes no difference, its you sharing a piece of you with us and ordinarily should be a beautiful thing. The first batch was You, De Hammer, Jay Q and Appietus, all these are producers with considerable success in certain eras. If we are to look at how it moved, we can say that it started with you, moved to Hammer, Jay Q and then Appietus. There are some good lot in between but however you look at it, you were in good company. They all dominated eras..

You could equally have declined it without the drama too, it had bitterness written all over it judging from afar but I know your success story is enough to make you content and hold no grudge against the latter day’s beat maker.

Some of us grew up loving songs you engineered, it’s even possible we remember songs you may have forgotten. Do you remember Who’s in the Boat by Lord Kenya? It was your handiwork, to me your greatest work and I am not an old man, I am just the age mates of some of the producers you think aren’t qualified to share a spot with you.

I saw you dominate your category in the VGMA for three straight years and there was nothing controversial about it. But this is the truth, most of the youth of today don’t know much about your works, this was one platform to share that with them too. This is how legacies are preserved, when you open up to the younger even if ignorant generation.

It was your opportunity to take some of us back down the memory lane, give back to music lovers in such difficult times but you took the classical African old man's approach of intimidating younger people with age and track record instead celebrating the accomplishment of the latter day’s saints.

This is why there is no proper passing down the button in our part of the world, who are the heir apparents of Zapp Mallet? Where are they? Sharing the stage with younger people is to the benefit if departing greats as much.

I was really looking to you matched up with Hammer, I don’t think it was such a bad pairing.