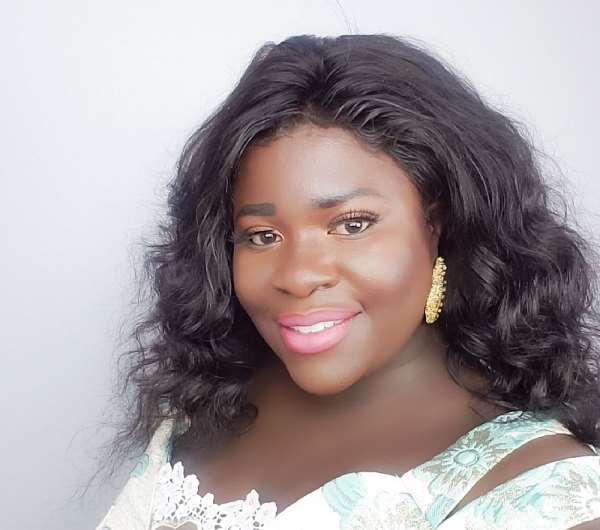 Gospel songstress Ritaqueen is the latest celebrity to support the fight against the novel coronavirus disease outbreak in Ghana.

The songstress has enlightened the public on the word of God as the ultimate tool to defeat such a deadly viral attack on humanity and has admonished global leaders to run to God for protection.

Ritaqueen, a magnificent songwriter and singer, has disclosed that the pandemic is not just an ordinary attack but a plaque unto this generation for forsaking God.

Making reference to the ancient Egyptian plaques, the songstress gave a scenario that, “just as Pharaoh had been stubborn when God asked him to allow the Israelites to go and worship him but he refused, God called upon the Egyptians ten terror plaques and such is what is happening in our time”.

She quotes Exodus 7:4-5 to affirm her revelation, which reads “Even then Pharaoh will refuse to listen to you. So I will bring down my fist on Egypt. Then I will rescue my forces—my people, the Israelites—from the land of Egypt with great acts of judgment. When I raise my powerful hand and bring out the Israelites, the Egyptians will know that I am the Lord.”

She continued to say that, even though the pandemic ignited from China, it is spreading through the surface of the earth and many lives are lost.

Ritaqueen who seems to know more of the myth behind the pandemic confidently declared that “the only way one can escape this plaque is to run to God and repent from all bad deeds”.

Revealing more on the pandemic, she added that “God is not happy with this generation because we crave to ungodly things and rejects the power that had saved us. Just as the Israelites had abandoned their God and craved to the gods of the pagans, so is this generation and that has fueled the anger of God. The pandemic is not ending anytime soon until our world leaders seek the face of God and submit to him. The legalization of gaysm and lesbianism is the worst of all”

She thereafter stated that her latest single “He Reigns” was a message from God to the world to acknowledge him and run to him in times as this.

“This is not just a song to entertain the mass but one given from above to divulge the glory of God unto humanity. The Lord wanted to pass a message to the world that, he is the only God who reigns forever and to be worshipped by all”.

Ritaqueen also cautioned the public about their handling of cash for transactions saying it was one of the common mediums through which the virus could be transferred.

“With the safety precautions, let’s not forget money is the swiftest transmitter of this virus. People are not thinking about it as they have focused more on social distancing, no handshakes, and hugging.

“Money is part of our everyday lives and we can’t do away with it. Always remember after receiving money from a person, you either wash your hands with soap under running water or use your sanitizer,” she stated.

Latest Photo Reports
Catch up with all the political quotes from our politicians.
Advertise here
More Gospel News
ModernGhana Links
My song was the first gospel song to break secular music oriented media platforms - Cwesi Oteng opens up
SK Frimpong to headline "Feast Of Worship" 2021 at Bogoso
'Where would I Be?' is my experience with God- Eric Jeshrun
I want to collaborate with Shatta Wale - Legendary Hannah Marfo
Gospel artistes are hypocrites; this world we live in, no one is holy – Empress Gifty
Eric Jeshrun, Cynthia Appiadu, Onos Ariyo & others for August Worship
Watch: Ohemaa Mercy Invokes Heaven at Tehillah Experience 2021
Joseph Matthew; The New ' Face' Redefining Afro-gospel
Joe Mettle drops sixth album titled ‘The Experience’
TOP STORIES