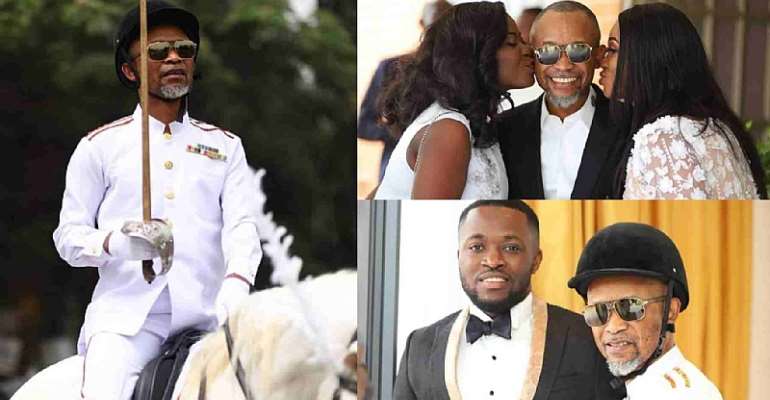 Kennedy Osei, the son of Osei Kwame Despite and General Manager of Despite Media, and Fadda Dickson, the Managing Director of Despite, have joined the #HesGotTheWholeWorld challenge started by Tyler Perry.

In the midst of despair, Tyler Perry sought to inspire hope by releasing a video of himself singing the popular Christian song He’s Got The Whole World In His Hand.

Tyler Perry’s video caught on well with internet users worldwide and has started a challenge on social media.

Many are those who have joined the challenge in Ghana with the latest being Kennedy Oei and his godfather. In a video sighted by odarteyghnews.com, Kennedy Osei, and Fadda Dickson could be seen seated with the likes of Yaa Konamah, Roger Quartey, and others.

Fadda Dickson started singing the gospel song with Kennedy and the rest of the people joining in. And they even decided to sing the Twi version of the song.