Nana Aba Anamoah Is Not My Sugar Mummy - Qwaku Premo 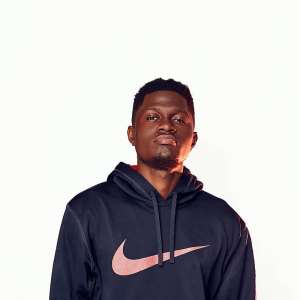 Fast-rising rapper and singer from Kumasi, Qwaku Premo has denied rumours suggesting a secret love affair between the TV personality, Nana Aba Anamoah of GhOne TV and himself.

Qwaku Premo, who was in the studios of Kessben TV last Friday to promote the visuals to his latest song, 'I'm dating' on the Music Plus Show explained to Mr Bonez, host of the show, that he sees Nana Aba Anamoah as a mentor and a positive influence on his life and there is no way he can date the influential media personality.

The talented rapper was full of praise for Nana Aba throughout the whole interview and even revealed that it was through her efforts that made him get EL to feature on his latest song.

He used the opportunity to thank his fans for the undying support and assured them to expect nothing but good music from his camp.