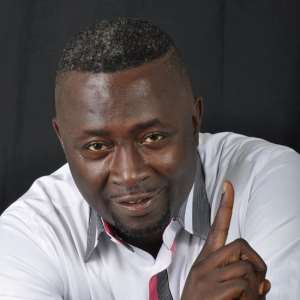 Higlife musician, Obiba Sly Collins, has released a new song titled, ‘Beware of Coronavirus’, to raise awareness about the pandemic as Ghana imposes restriction in a bid to stem the spread of the virus.

The highlife musician teamed up with fellow musician, Mawunya, to highlight the importance of personal hygiene in the fight against the disease that had claimed the lives of more than 20,000 people worldwide.

The song which has a danceable reggae-highlife beat was recorded in English, Twi and Ewe languages, a bid to reach to a large audience.

In his song, Obiba Sly Collins discusses the symptoms of the Coronavirus disease (COVID-19) as well as talks about how the disease spread and how the world can come together to conquer it.

Sly Collins urged the world not to give up, but fight on till the deadly disease was finally conquered.

He reminds the general public to follow the preventive measures issued by the Ghana Health Service and comply with government’s recent directives on public gathering, which according to him are aimed at preventing the spread of the virus.

The musician believes that it is the civic duty of musicians to help educate their fans and the public on the global pandemic.

He urged her colleagues as well as stakeholders in the creative arts industry to join the campaign against the spread of the virus.

The song, written and produced by Obiba and Philip Owusu, was sponsored by the Obiba Foundation and Magic Records Ghana.