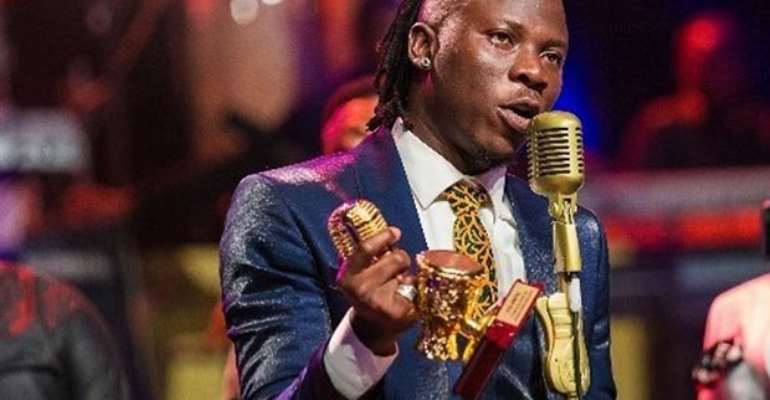 The International Reggae and World Music Awards (IRAWMA) 2020 came off on Saturday at the AC Marriott Hotel in Kingston, Jamaica with no public audience.

Winners and special awardees of the night were announced via television, social media and radio broadcast on major channels in Jamaica and on the official handles of the awards.

Stonebwoy was honoured for his contributions and accomplishment to the reggae/dancehall genre.

Stonebwoy, who is the founder and CEO of Burniton Music Group, said, “This is his second IRAWMA award after winning “Most Promising Artiste” in 2016.”

However, two Ghanaians were awarded alongside Stonebwoy; they were Fancy Gadam and DJ Switch; making Ghana proud as well.

On the night, acts like Vybes Kartel, Koffee, Buju Banton, Spice and Chronixx won in the reggae category.

The founder of the awards scheme, Ephraim M. Martin, extended a special appreciation to reggae and music fans worldwide who have participated in the voting process.

He stated that due to the existence of the pandemic, the plaques would be given to the winners at a later time.

Stonebwoy, who is the CEO of Burniton Music Group, won the Best International Act: Africa category at the 2015 BET Awards.

Stonebwoy is also an actor; having appeared in a number of movies which include 'My name is Ramadan'.

He is a global ambassador for sanitation. In September 2019, he was made the brand ambassador for Voltic Natural Mineral Water, in a deal that could be renewed after two years.

He has performed in many European countries such as Germany, Italy, Spain and Austria.