Wanlov’s ‘Swim’: the most relevant piece of content Ghana has experienced in a while [Article] 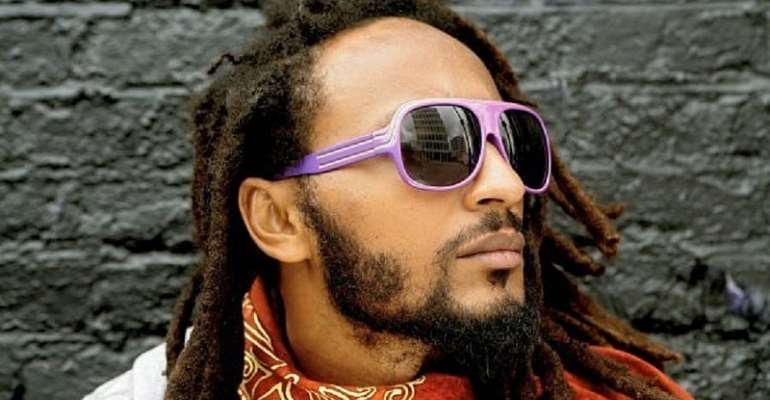 I don’t want to spend too much time talking about who decided to report the video on Instagram because their susceptible soul was insulted by the nudity portrayed in the video. Can we blame people for not understanding? Or should we blame a system that keeps brainwashing people through religion and politics so they do their dirty job for them of silencing any voice that sounds too loud?

I realized that we shouldn’t draw more attention to stupidity: as Eckhart Tolle says — “Whatever you fight, you strengthen, and what you resist, persists.” So I am not going to spend time strengthening ignorance; I will spend time on what deserves attention, strength, and power.

I have admired Wanlov’s work for many years, way before we connected in real life, and now I am able to understand him more as well as explore his energy. I consider him a friend and an ally in the fight for human rights, especially LGBTQ and women's rights.

I feel Wanlov's work is becoming more profound and even more fascinating. I recently had some long conversations about him with a friend who is a performance artist. We started tracking analogies that helped me explore the beauty of Wanlov’s work and message.

After days of research, thinking, and re-writing from different angles, I realized that we could compare Wanlov's work to many performance artists who used their bodies to make political statements. I am not comparing to validation. Wanlov doesn’t need validation. It is however quite interesting to realize that artists from very different backgrounds and circumstances have ended up using a similar form of expression for related messages or fights. Again, I am not comparing to validate but to show how stupid ( yes, there’s no other word, stupidity is something that exists) those who keep finding offense in a meaningful artistic expression are.

“A compulsive wanderer, Francis Alÿs is known for his in-depth projects in a wide range of media including documentary film, painting, photography, performance, and video. Many of his works involve intense observation and recording of the social, cultural, and economic conditions of particular places, usually conceived during walks through urban areas.”

Even though it’s an entirely different performance, “Swim” is something poetic that can become political. It’s also indeed political and still incredibly poetic: the statement of swimming naked in an ocean of plastic in a country that is very good at having politicians taking selfies with celebrities, but can’t seem to solve fundamental issues like the filth on our streets and shores; to the tone of the voice pronouncing the lyrics; to the music.

I could stop here and you would already have enough to think about.

But I want to go deeper because Francis Alÿs performances are not directly comparable to Wanlov's, if not by intention. Pushing an ice block through the streets of Mexico City until it melts might look extremely different from swimming naked in plastic or walking barefoot everywhere around the world, but is it that different?

Is Wanlov’s use of his naked body different from Ana Mendieta’s use of her nude body?

Ana Mendieta is a celebrated Cuban-born artist who used her body as a statement for her entire career. Body Art is an expression that has always forced “the audiences to partake in the oftentimes violent, jarring, shocking, or unimaginable experience, asking its viewers to consider the role they were playing in the dark and uncomfortable spaces between innocent bystander and culpable voyeur.”

Ana Mendieta started using her body to make statements about the political abuse of bodies of women and about rape. She used her naked body in contact with water, earth, and other natural elements (including blood) to express her pain and her rage and to denounce sexual abuse/violence.

Is it that different from what Wanlov keeps doing in the fight for women's rights and gay rights?

The reason why we are disturbed or moved by naked bodies in a non-sexual or non-pornographic state is that they represent the vulnerability of human nature. And we don’t want to be vulnerable because vulnerability is considered a “feminine or gay issue:” Naked men are supposed to send dick pics or show their sexual power ( the wrong way ).

Wanlov is swimming naked in a polluted ocean. Wanlov is making his body look more feminine with clothes and makeup to dissolve gender roles. Wanlov is not afraid to show his naked body in a non-sexual way. People will whisper: “He must be gay,” or comment on social media “Stop being gay.”

Is he so different from artists like Ana Mendieta swimming naked in her “Ocean Bird” performance? And is Mendieta applying male facial hair on her face different from Wanlov using makeup and jewelry and clothes to deconstruct gender?

The “vagina has always expanded opportunities to unravel the feminine mystique and multiple voices as a loud and reverberating denouncement of the traditional male gaze.” But this was 20, 30, 40, 50 years ago when this work could simply not be produced by a man.

We have now learned that the intrinsic definition of gender is an issue. So can't a man use his body to make a similar statement and, at the same time, help to protect the over-sexualization of female bodies, which is an unintentional consequence of some expressions of the feminist movement?

Can a vulnerable male body be leveling the playing field and help to break gender barriers? I have no doubt that Wanlov's body is carrying a feminist message.

We are recently learning that a body is no more the expression of gender. Trans women and men have taught us that you can be born in a body and not be what that body supposedly represents. In this scenario, Wanlov’s sexual life and orientation shouldn't be the subject of the conversation.

Still, somebody always tries to make it the only part of the conversation so that we don’t focus on the critical message.

I am even more keen to believe that Wanlov’s work is genius and authentic because of his spontaneity and because, like many true artists, he does it because he feels it, not consciously thinking of all the layers that I am now deconstructing.

“Swim” is offending people because it’s telling us in a raw and familiar way that we are bystanders and voyeurs in the destruction of the Ghanaian shores, nature, forests, and with them, the people, the cultures and the dignity of many human beings.

And so it’s easy for people just to dumb him down as the weird guy who walks barefoot and without underwear and showed his penis on TV, so they convince themselves that he’s not a great artist, but just a controversial lunatic. I find it funny (non-literal please) that we still think we have to use the adjective “controversial” to define artists. All artists should endeavor to be controversial enough to spark a conversation. Or should music artistes simply be “yes” people?

What about being barefoot as an artistic expression? Being barefoot, besides being part of almost all traditional cultures (definitely apart from the Inupiats), is a symbol of innocence and pure energetic exchange with the earth. There’s a reason why saints, gurus, and spiritual leaders are usually portrayed barefoot.

And let's not forget the children as well. I think Wanlov’s inner child vibrates very high.

The same people who are offended by nudity will never understand that walking barefoot is not an action supposed to make them laugh. In a recent conversation with Wanlov, he randomly said something that almost blew me away and sparked the idea of Wanlov being a Synesthetic artist.

Could it be that his walking barefoot and continuously experiencing the world with an uncovered part of his body is transferred in his art in a synesthetic way?

Are his music, poetry, performances result of sensations that travel through the constant contact of his skin with the earth?

Is he a sort of superhuman because he’s been able to feel and experience the world in ways that we ordinary human beings cannot?

But being myself a believer of energy exchange with the Universe, I find an act of extreme courage the ability to allow yourself to feel so much, especially in a world where desensitization and detachment are a new way of surviving. Preservation at a maximum level is what is guiding individuals who hide behind ridiculous concepts of self-care and self-expression to justify any selfish and stupid act.

Is this form of body art telling us that our level of detaching ourselves from the Universe is indeed creating monsters and destroying human interconnections?

Is he so different from artists like Regina Jose Galindo and her work “Quien Puede Borrar las huellas,” in which she walks barefoot whit his feet soaking in the blood to criticize Guatemalan violence coming from the misconception of morality and gender?

Why is Wanlov’s use of his body barefoot with makeup and female clothes and jewelry not awarded and glorified as the Galindo one at art Biennales, as the men who uses his body to criticize the abuse on women and members of the LGBTQ community in Ghana? Is it because he’s not a woman? Is it because he’s not gay? So he has to be considered funny or weird or crazy?

And I could write for another day if we decided to start talking about his music, his lyrics, and his music videos.

If I have to draw another parallelism, imagine Dave Chapelle barefoot, in a skirt, with makeup and jewelry sending low blows to politicians, religious leaders, foolish humans, and useless institutions.

And using Pidgin English to dignify a language that could unify the African population, at the same time being hilarious but extremely serious.

My point: you have not seen anyone like this. And that's why the way this Ghanaian artist who is underestimated is highly disturbing.

I wish we lived in a world where people had the chance to be more receptive to something different and not classified in categories created to make us feel comfortable.

Being attacked for saying truths people don’t like to confront and not conforming to what I'm expected to say as a woman in the presence of men and “bosses” has cost me professionally and emotionally. I feel slightly deformed by the systematic punishment put in place via a very subtle system of oppression perpetrated equally by men and women. I had gone into hiding because I felt my courage and vocal cords shrink. So when I see a fellow human being with the courage to keep their voice loud and stay principled no matter what, I can’t avoid feeling deep admiration, gratitude, and love.

( Thank you, Guildor Gallo, for the conversation that inspired my words. http://guildor.com/ )