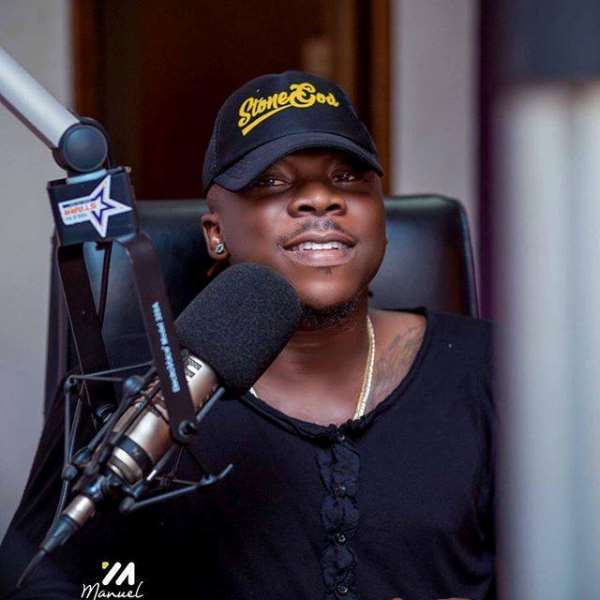 In present-day Ghana and Africa, you can’t make a list of top five best Dancehall music performers without inking the name of Livingston Setakla Este.

Around the world, he is known of his vocal and lyrical prowess.

Arguably, he is the only artiste in Ghana with an elite fan base and debatably, the only dancehall act with a huge annual outdoor free concert.

Born a twin but destined to walk alone in fame, Livingston Etse Setakle best recognised as Stonebwoy is a Ghanaian Dancehall music performer and an entrepreneur.

From the bellies of the Greater Accra region in Ghana, Ashaiman, the place of birth, this personality has lived a remarkable life and being celebrated by millions of Ghanaians and among dignitaries across borders.

Being under the umbrella of legendary reggae musician Samini, Stonebwoy sparked the love of reggae dancehall music in Ghana even though there had been some past performers.

Stonebwoy after graduating from the Second education cycle joined Samini then Batman to pursue his music career, even though the duo were good friends, Samini became the master head since he had already garnered some attention in the industry and will have to groom young Stonebwoy under his clout.

Stonebwoy thereafter longed on to establish a fanbase and a record label for himself, BHIM Nation and Burniton Music Group respectively, as a professional musician.

After his 2012 “Grade 1” album which was released under “Samini Music��, Stonebwoy had his name appearing at the music scene with great recognition with some wonderful singles such as “Climax and Ghetto Love”.

In 2014, Stonebwoy gave the Ghanaian a better reason to enjoy African music where he produced a twenty nine track album “Necessary Evil” with a nationwide single “Baafira”.

The acronym “Stonebwoy” then became a household name and there he started to be considered a celebrity where both albums credited him numerous award nominations including the prestigious ‘Ghana Music Awards’ even though he was a starter.

In 2018 ‘Epistles Of Mama (EOM)’ was rated the second-best album in the world according to reggaeville.

The Album was honoured by YouTube for hitting over 10 million views.

Stonebwoy aside music is a philanthropist.
He is the CEO of Livingstone Foundation.
He has been listed as part of the 2019 50 (fifty) young CEOs, by YCEO and Avance media this year.

The list which was launched earlier in 2018, was set out to honour distinguished young individuals pursuing the course of providing solutions to some of Ghana’s pertinent problems.

In 2015, after winning Best Artiste Of The Year Award at the VGMAs, he went ahead to claim a BET plaque where he was announced as “The best International Act” of the year.

Adding up to his credence, Stonebwoy has rise among peers to become the first Ghanaian Musician to be honoured a Billboard Plaque.

The honour was given to the ‘Kpo Keke’ hitmaker for his contribution to the album “I’m Yours” released in 2017 by Jamaican Reggae artiste Sizzla Kalonji.

The album after being on the Billboard chart for 15 weeks peaked at number 2 on the Reggae Albums Chart.

This achievement called for the honour of the artiste and the featured artistes.

Stonebwoy refused to be appraised with a local champion attribute and for that matter, he has worked around the globe to book his name in the list of international Showbiz pundits.

Stonebwoy has traveled around the globe with his talent and has received great endorsement worldwide.

He performed in Germany, Italy, Spain and Austria.
His 2016 Canada-America tour saw him perform in New York City, Ohio, Philadelphia and Ontario.

In the same year, he rocked Perth, Melbourne, Brisbane and Sidney all in Australia.

His second Euro tour saw him travel to the Nordic to thrill fans in Denmark, Finland and Sweden in last quarter of 2017.

These and many more can we say about a character who is living to become the lord of music.

A huge brand, A respectable personality, The Pride Of Ghana and African Music hero, Stonebwoy will forever has his name registered on the chest of the world for his great talent display

Modern Ghana Quote Reports
Catch up with all the political quotes from our politicians.
Sponsored
More Opinion
Modern Ghana Links
Okomfo Kwadee: A Phenomenal Rap Story Teller And A Legend
Hip hop and Pan Africanism: From Blitz the Ambassador to Beyoncé
Our acts, our arts and the act: an open letter to President Akufo-Addo
Will 2021 be a good year for the creative arts industry ? - Attractive Mustapha writes
Open letter to Afia Schwarzenegger
Let's Tell Stories Of Our Heroic Leaders, A Call On The Creative Arts Industry
Celebrity Recommendation Is Not A Political Endorsement.
Sarkodie Must Apologise To Kuami Eugene For Endangering His Career In "Happy Day" Song
Christianity And Music
Quote Reports Dossiers
TOP STORIES