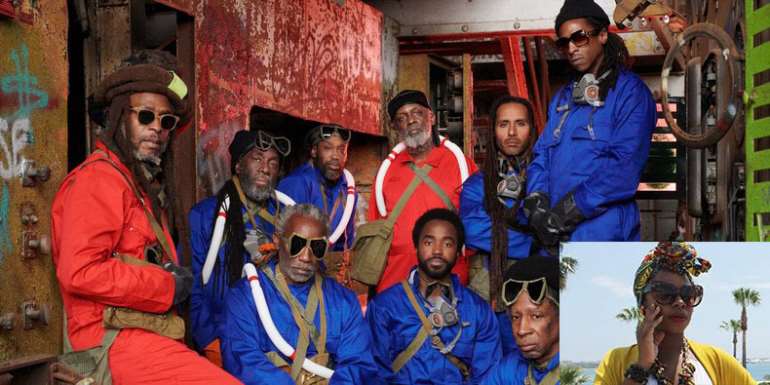 The musical concert which has Grammy award-winning roots reggae musical band—Steel Pulse—as the headline act will take place this Saturday at the Grand Arena of the Accra International Conference Centre (AICC).

The organizers of the concert, Charter House, have promised Ghanaians that the concert to be attended by thousands of matured reggae music lovers will be historic.

Steel Pulse will share the stage with veteran highlife musician Kojo Antwi and afro pop act SSUE among others who will ensure back-to-back performances all night.

Members of Steel Pulse whose music and stage craft have attracted a large following have promised to thrill Ghanaian music fans with an extraordinary performance.

They are expected to thrill music fans with their various danceable hit songs such as 'Steppin Out', 'Roller Skates', 'Wild Goose Chase', 'Throne of God', 'Not King James Version', 'Reggae Fever', 'Babylon Makes The Rules' and 'Back To My Roots'.

The organisers told BEATWAVES that the rich experience of members of Steel Pulse coupled with their numerous hit songs would be experienced during the show, adding that patrons who would throng the venue to witness the show would be thrilled beyond their expectation.

There will be other surprise artistes passing through to perform on the night.

Tickets are available in Standard, Premium, VIP and Gold and Deluxe or Super Deluxe tables.

They also come with a variety of hospitality offers and can be obtained at www.ticketprogh.com, X-Men and Nallem Stores in malls.