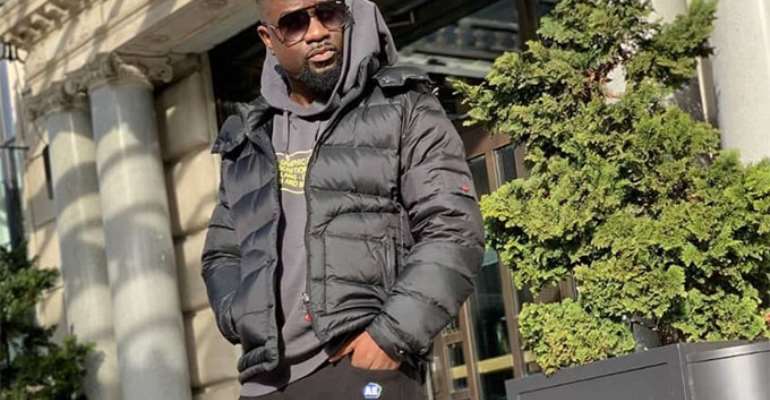 Ghana's Rapper Sarkodie leads nominations for the 21st edition of the Vodafone Ghana Music Award (VGMA) to further stamp his authority in Ghana's music scene as one of the best.

Nominations for this year's award ceremony were officially released on Saturday with a launch ceremony at the Labadi Beach Hotel in Accra ‒ with performances from Dada Hafco, Fameye and MOG.

The main award ceremony is scheduled for May 2 at the Grand Arena of the Accra International Conference Centre (AICC). Prior to that, there would be a nominees' jam at Koforidua on April 4 and a music business seminar to discuss prospects in the music industry at the Swiss Spirit Alisa Hotel on Thursday, April 30, 2020.

Sarkodie got nominations in 10 categories, including artiste of the year, in which he is competing with equally hardworking artistes such as Diana Hamilton, Kofi Kinaata, Kuami Eugene and Medikal.

His 'Ofeets Ↄ' song with Prince Bright was also captured in hiplife song of the year and his 'Black Love' album made it to album of the year, competing with King Promise, Kwesi Arthur, Okyeame Kwame, Kidi, Joe Mettle and Nacee.

Sarkodie's works cut across hiplife, highlife, hip-hop and rap which helped him to receive double nominations under a under a category.

Kwesi Arthur came close with nine nominations, while Medikal and Kidi also had eight nods each. Kuami Eugene also had seven nominations. Dope Nation and Diana Hamilton had five nominations each to indicate how hard they have worked in 2019. Other nominees include Mr. Eazi, GuiltyBeatz, King Promise, Worlasi, Kofi Mole and more.

Speaking at the ceremony, Chief Executive Officer of Charterhouse, Theresa Ayoade, who congratulated all nominees, said she was amazed by the number of new artistes who entered the award this year.

She revealed that this year's event would be held under the theme: 'Music First'.

“Sometimes we get carried away by the drama that surrounds the industry and then we forget the reason why we are here in the first place. So this time, we just want to draw your attention back to the subject matter and why all this. It is because of the music and our love for it. No matter the distractions, let's stay focused on music first. Let's protect the music.”

She also assured patrons of utmost security this year.

“We wish to assure our patrons that your safety is our utmost priority and we working hand in hand with our sponsors Vodafone Ghana and the nation's security apparatus to put robust safety and security plan to ensure your security,” she indicated.