Check Out The First $3Million Bugatti Veyron In Ghana 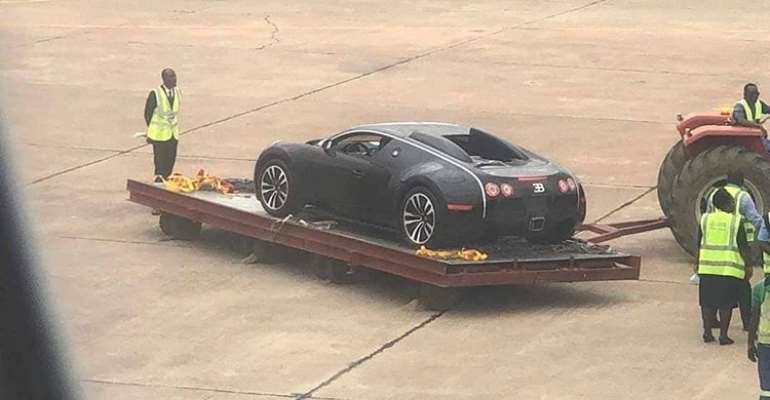 The first $3 Million Bugatti Veyron has been spotted in Ghana. The car which arrived in the country and was sighted by odarteyghnews.com have gotten Ghanaians talking and wondering who the owner of the car might be.

However for a Ghanaian to acquire one of the expensive and fastest cars in the world show how rich some Ghanaians are.

While a section of Ghanaians are saying it might be for Dr. Osei Kwame Despite others are also saying it may be for Kwame Bediako.

Currently, the owner of the vehicle is not yet known.

The Bugatti Veyron EB 16.4 is a mid-engine sports car, designed and developed in Germany by the Volkswagen Group and manufactured in Molsheim, France, by French automobile manufacturer Bugatti. It was named after the racing driver Pierre Veyron.