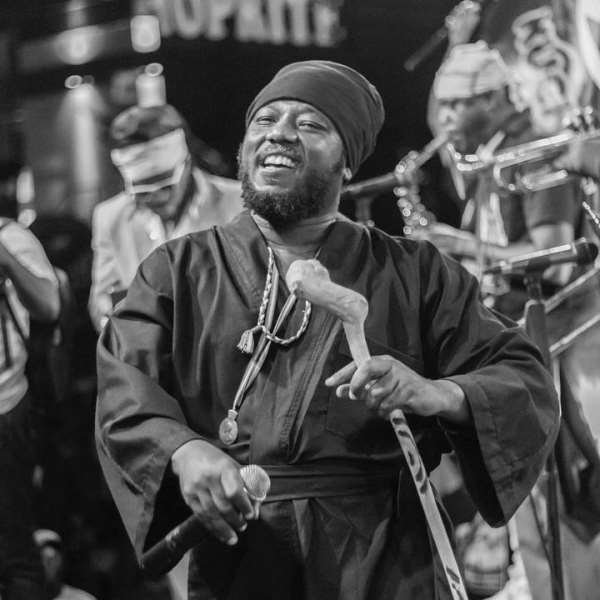 At a time when the world is battling with Corona Virus, Ghana Kuchoko Legend, Blakk Rasta is carrying loads of his contagious Kuchoko Virus to Benin where he is billed to perform, with his Herbalist Band in the town of Azové, two hours away by bus from the capital, Coutonou.

On Friday, 28th February at 8pm sharp, the Lieu Cité de l'independence a Azové will catch fire as Blakk Rasta joins a visually-impaired, twelve year old Petit Farno and other crack artistes to rock the populace.

Petit Farno will use the opportunity to launch his debut album into the world of music as this promises to be a great event.

Blakk Rasta has recently been on serious road tripss to several African countries spreading his innovative Kuchoko brand of music which is a fusion of Reggae music and African rhythms.

In November 2019, he released his 32 song album, *Timbuktu By Road* with terrific visuals presently making stormic waves across the continent.

Police told me that I'll sleep in cell for two days — Lead C...
7 minutes ago

Alliance of Concerned Nurses and Midwives to join #FixTheCou...
21 minutes ago