I Accepted To Marry Dr. Oteng As Fourth Wife Because Of His Humble Nature – Akua GMB 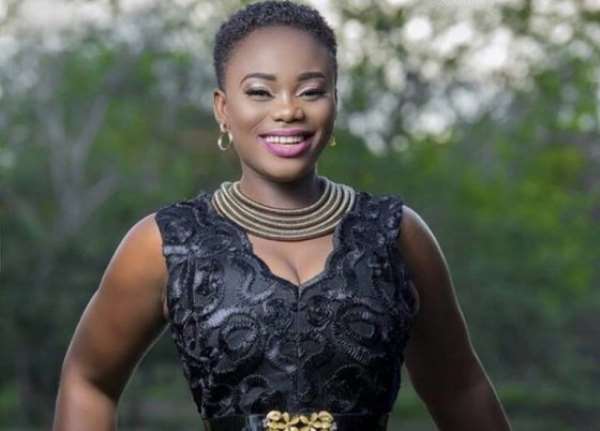 Sally Akua Amoakowaa Mensah, a TV host and 2011 Ghana's Most Beautiful winner, has broken silence about her decision to be the fourth wife of Ghanaian business mogul Dr. Kwaku Oteng.

She said she accepted to marry him because of his humble nature.

Akua Amoakowaa, who was speaking on Restoration With Stacy, made the statement while reacting to accusations that she got married to the CEO of Angel Group of Companies for money.

According to her, she was blessed with many men to choose from after she was crowned Ghana's Most Beautiful queen.

Some of the men, she indicated, were even “bigger” than Dr. Oteng, but she accepted him regardless after he chased her for a very long time.

“After Ghana’s Most Beautiful, if you have been a beauty queen before, you will understand what I am about to say, men rush on you as houseflies. So I had the opportunity to choose any man I wanted, including those bigger than my husband. But I always say that my husband got me with his humble nature. He is one humble soul. I have never met a man like him who is so humble and down to earth in my life in spite of everything. He caught my attention with that,” she indicated.

She continued that she almost walked out of the marriage at a point because she was being accused of marrying Dr. Oteng for his wealth.

“The trolls bothered me at the beginning. At a point in time I wanted to get out of my marriage because of that….for some reason, they considered me as an evil person because of the person I am married to,” she said, adding that she does not care anymore.

“The fact is I have dated young guys and it didn't help. It didn’t lead anywhere. And even in some of the relationships, the little you have in your purse they want to take it away (from you),” she disclosed.

Resign for Osofo Kyereabosom to replace you – Kofi Koranteng...
16 minutes ago