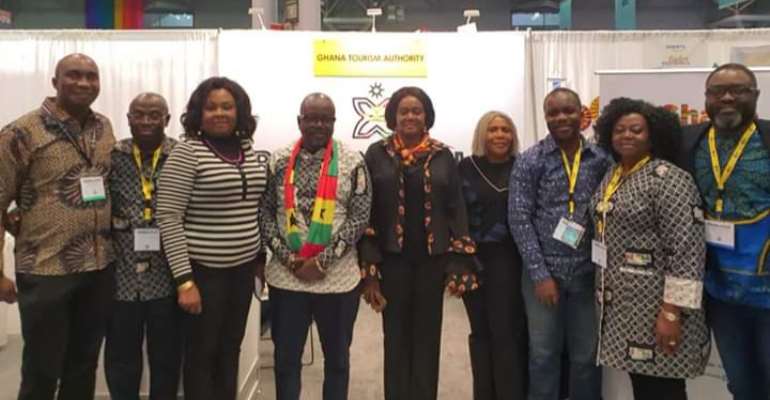 The AfroDrifter, the website that published that the Ghana Tourism Authority had the worst booths at the New York Travel Show, has retracted its report.

This comes on the back of a rejoinder earlier written by the Ghana Tourism Authority, describing the said publication as false.

In his retraction, the author of the blog post, Freeman Chari, a Zimbabwean living in America noted his intention was without malice.

“On 29th January we published an article that we noted Ghana Tourism Authority as having the worst booth of the African Exhibitors. This was based on my interaction with officials from GTA who were seated at 2 undecorated booths and had a Ghana Tourism sticker behind. It turns out, they had a booth that was decorated which we did not notice.

Our intention was not driven by malice and would like to retract that part! Please see the video below which shows that indeed Ghana Tourism Authority had a functional booth.”

In the rejoinder issued by the Corporate Affairs Directorate of the Ghana Tourism Authority stated that “…the statements made in the blog post about Ghana's booth at the New York Times Travel Show are false and likely driven by a desire to drive traffic to his site or stems from inadequate understanding of the show or the industry. Interestingly the blog had no picture of the booth or the four people he claimed were on their phones continuously for two days.”

Ghana Tourism Authority further noted in its rejoinder that “in 2020, North America is being focused on as a key target market as Ghana builds on the momentum of the Year of Return into the new project dubbed “Beyond the Return.”

The buying power of the African-American population is expected to increase to 1.4 trillion U.S. dollars by 2020 as reported by Statista.”

According to the Authority, to capitalize on the North American market trends and to enter the United States travel trade show sector, GTA for the first time ever, attended the New York Times Travel Show held at the Jacob Javits Center in New York City from 24th – 26th January 2020.

The delegation was led by the Minister of Tourism Arts & Culture Barbara Oteng Gyasi, the GTA CEO Akwasi Agyemang, and other officials from the Ghana Tourism Authority.

Collins Dauda is being prosecuted for Akufo-Addo's recklessl...
55 minutes ago