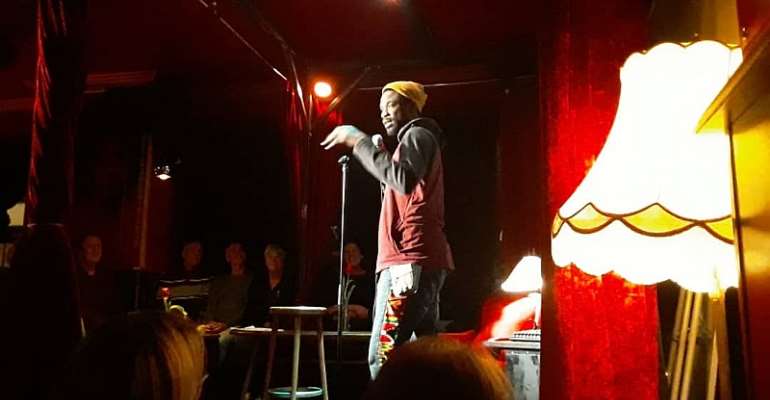 Ghanaian Comedian and founder of Comedy Bar, ID James Brown as part of his 10th anniversary as a comedian and artist started of his #ItsAboutToGoBrown activities at an English Stand Up Comedy Night Cologne 25 at the Boing Comedy Club hosted at the Coellner Pub, in Cologne in Germany February 5, 2020.

”My performance at the Boing Comedy Club is part of activities planned for my 10th anniversary celebration. And it was amazing to hear and observe the audience respond in such an affirmative manner. I was nervous, no ways about that, but I did well to enjoy myself. I can’t wait to be back in Ghana,” he noted in chitchat with amalarbieafrica.

About activities slated for his 10 anniversary, James Brown indicated, “I'm planning on doing a special show this year which includes a tour. There would also be a number of collaborations with other artistes in various industries on one stage to entertain my followers and comedy enthusiasts. So watch out for a very different side of Mr. Brown.”

The hashtag for his anniversary are #ItsAboutToGoBrown and you #[email protected]