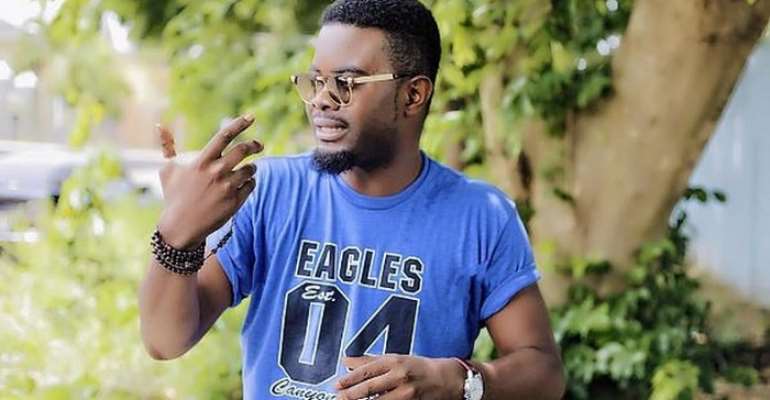 YOLO actor, John Peasah, popularly known as Drogba has stated his reason for not starring in movies after breakthrough with YOLO Tv series.

According to Drogba, the producer’s inability to pay to them after starring in movies is what has drawn him back from featuring in movies.

Drogba after his role in YOLO turned out to be one of the breakout stars alongside Fella Makafui that fans have been looking forward to seeing in the movie scene but less has been seen of him in the Ghanaian film industry.

Explaining one reason behind his fewer appearances in movies has shared Mr Adjorlolo’s video and wrote “this is one of the reasons why you guys don’t see me in movies… it’s sad. Nam1 where are you? Tell them daddy Kofi (future manager locate me wai ) oluwa is involved”

Kofi Adjorlolo in a viral video furiously registered his frustration . According to the Actor, many of the Ghanaian producers lack the requisite attitude to properly manage both top class and upcoming performers.