Tribute To Kofi B: TeePhlow Pens An Emotional Letter 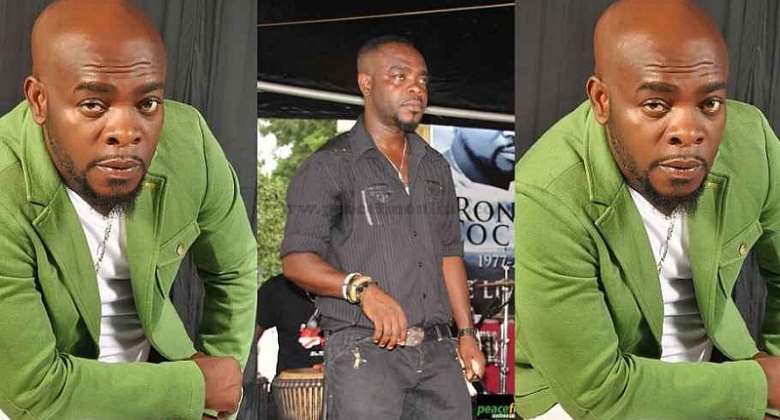 The VGMA record of the year award winner has penned what social media commentators call, an emotional letter to the late Kofi Boakye Yiadom aka Kofi B.

The highlife extraordinaire was reported to have passed over the weekend. This was a shocker to lovers of highlife music because he was never known to be sick until his demise.

The 3Music Best Rap Performer of the year nominee took to his Facebook page to write a rather touching letter to the late musician. Teephlow who just released the first single from his album dubbed PHLOWDUCATION II, expressed his disappointment how people suddenly become fans after the death of a musician or popular person.

He posted:
"Dear Bra Kofi,
I bring you greetings from our beloved Ghana. Bra Kofi, you are trending ooo. TV stations are blazing your music videos back to back, radio stations have you locked down. Even 100% gospel radio station has been playing your songs since.

How sad! I said, you should have been here to see this sudden love. From tweets and Facebook post and your photos on IG. Everybody today is a fan of Kofi B. You are called the Highlife legend today, when they dont even nominate you in that category.

Today while news break interludes are Bantama Kofi Boakye song, drive shows has Afia Donkoh locked down since you got called by our father up there.

The question remains, must we leave before we get this kind of love! I have had my face soaked in tears watching how you have suddenly become so relevant to our music industry. The most scary thing is everyone seem to be a fan now, downloading and streaming your music.

I pray that Allah in His infinite wisdom, grant you His heavens. May you rest well BANTAMA KOFI BOAKYE YIADOM.

Your Lil Brother
TeePhlow
Dont Love us more when we are no more. Love us love now. 😭😭😭

#ScaryReality"
The rapper is said to be domiciled in the states, working on his album.