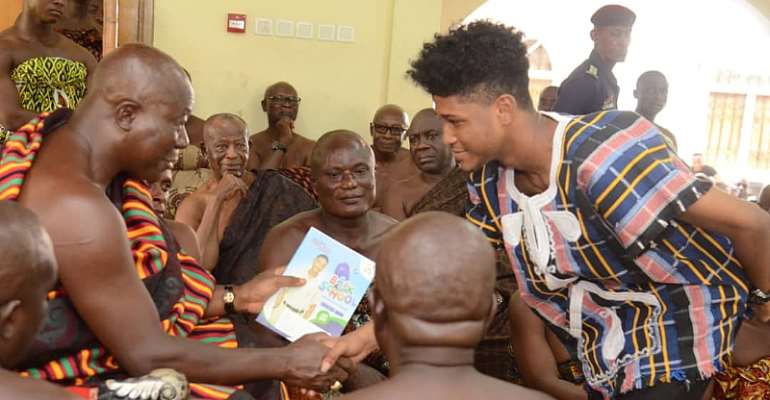 Popular Ghanaian teen actor Rahim Banda and his “Back to School from the Streets” team were in the Ashanti Region where they paid homage to the King of the Ashanti Kingdom His Majesty Otumfuo Osei Tutu II at the Manhyia Palace.

Otumfuo Osei Tutu gave the team motivational words of wisdom and encouragement which inspired them to do more of the good works they have started to reduce streetism in the country.

Rahim Banda and his team donated 500 branded exercise books to the Otumfuo Education Fund which was well appreciated by the King.

The “Back to School from the Streets” team proceeded to Sepaase RC which is a Cluster of Schools in the company of Otumfuo’s Asenhene Nana Yaw Akuoku where they were given a warm reception by the students.

Sepaase RC also received another set of 500 exercise books which was presented to the administrators.

Rahim Banda and his team are poised to alleviate streetism in the country and calls on all well meaning individuals and entities to join hands in championing the fight for education.