Those opposing the 5 year Afronation deal are either hungry wizards 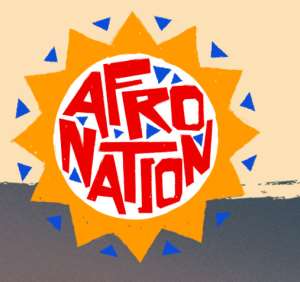 It's quite interesting how we've all become Critics who even Criticize when there is Nothing to be Criticized.

Afronation happened in Ghana just last month and our Chiefs tried stopping it for no apparent reason but the team brilliantly threw the injunction somewhere and we had the biggest Jam of our lives.

That event paid our Artists the highest amount for a gig within that period and anyone who doubts it should come and challenge moi. In fact one received an amount as high as a $100,000 dollars.

It was the Gh Jam in December with the biggest stage and the highest views across the globe.

I won't even go into the number of Ghanaian industry players, Traders, Production houses, Hotels, Drivers etc that benefited from this platform.

All this was done with NO Financial support from the government and indeed that wasn't part of their agenda.

Notwithstanding the Government played an Oversight responsibility role in making sure all projects under the Year of Return was executed without any hitches.

Now after their impressive performance, the Government of Ghana have decided to partner them in hosting the event in Ghana for 5years and all of a sudden the wizards and hernia critics have started lambasting the same event that just happened last month without a single criticism from these same pundits.

So why didn't they complain when our Artist were being paid to work.

Why didn't they complain about anything last month and all of a sudden they're barking left, right, centre.

The second excuse was that Gabby shouldn't have been the one to break the news and I'm like eih which one too be this politicization 😏.

Third excuse was that why are we sponsoring foreign partnered events instead of local ones and the question is who is stopping the local ones from going for sponsorship? Well for your information the local ones you're complaining about are also being sponsored even Financially.

Maybe they need to be also reminded that the biggest awards scheme in this country over 20years VGMAs is organized in partnership with the same Nigerians they're now complaining about and it even gets financial support from the same government so where from all this high degree of Hypocrisy and Cacophony.

Some also compared Afrima to Afronation and I'm like how can you compare a program like Afrima that was paid for by Ghana and still had our DJs complaining of not being paid to a Program like Afronation which had no monies from us yet paid our Artist the biggest amount?

Fact is none of those complainants have even read the details of the MOU whether it even has any financial commitments from us yet they are the loudest Critically Speculating Pundits shouting Money money money.

We've had Movie makers who never saw anything wrong with their government sponsoring a Naija Actor to campaign for them instead of putting that money into their movie industry yet we have them criticizing a Music Concert all in the name of criticism sake.

When one was asked if he had read the MOU he said he doesn't need to read it then I knew the kind of shit sticks and beans we were in for and that brings us straight to my fear and concern.

Gradually we are becoming a dangerous people to deal with and if care is taken nobody will like to host anything here in this country because of bad publicity just like that Nigerian presenter told Joey B and we shouldn't sit and wait for that to happen when everyone cuts us off like an island.

We have managed to destroy every system here locally and our Artist, Producers, Promoters, Pundits and Presenters are going hungry just because nothing works in this Country in our industry. Now we are extending this destructive attitude to the international space and the early we stop this backwardness from expanding the better.

Fact is MUSIC is an international Commodity which is sold across Boarders and it has no limits therefore if we have destroyed our internal systems we shouldn't allow our image to be destroyed internationally.

Let me give a few examples of how we as a country are becoming destructive as a brand to ourselves and the international world as a whole especially with the Music and Movie industries.

1. When Fuse ODG got an international deal and felt that as a Ghanaian his first call was to his people, he had the biggest shock of his life. Before he could say Jack part of his contract was in the media and he was being accused of trying to RIPOFF our Artist.

When he had the chance to respond all he said was he felt this deal would have placed our Artist and their songs on a bigger and wider platform but unfortunately it didn't materialize.

I can say Mr Easy is doing something similar in Naija and facing none of such Bad publicity.

2. Beasts of No Nation was successfully shot here without most people noticing it and indeed saw our own Abraham Atta getting nominations and Awards across the world including an Oscar.

Now after a year or two one of the Actors who had chosen his path in life was brought to our front pages and as usual we started bashing and tagging the producers of that movie only to find out that his money was still at the bank waiting for him to grow up and withdraw just like the other kids in the movie.

Now I can say that the money has been paid to him but the dent and damage done cannot be repaired, in fact if I were the producers of those works I'll never set foot here again.

3. Recently when Cardi B came to Africa her original destination was Nigeria but Ghana was able to invite her through and we all witnessed the kind of insults we gave to her for not even knowing she was suppose to have some meet and greet.

4. Rocky Dawuni had an opportunity to record in the US and decided to remake a song by one of his music mentor and Ghanaian legend whiles growing up. He was accused of stealing a song only for everyone to find out that he never stole it but did it with the necessary permit. The irony of it was that the person accusing him was not even the original owner of the song but we had managed to dent our own Grammy nominee / UN Ambassador and he had to just leave this shit hole in peace before more damage was done to his brand.

5. Recently one of the biggest Black Superhero movies to be made in America, Black Panther was nearly sued by Gh for using the Kente fabric in it 😀 ah well I don't even know where that one ended.

Last example was this Afronation that happened last month which like I said the Chiefs actually went to court to place 2 separate injunctions on a venue that have been hosting events for all these years.

So you ask yourself is it that we hate anything good that comes to us or we have unconsciously become so destructive to anything good that's supposed to happen to our industry? Why do we always feel we are being cheated even before reading any details?

Supporting our own does NOT mean hating others especially with a product like MUSIC that sells beyond Boarders.

In other industries like construction, fishing etc we have Ghanaians partnering with the Koreans, Chinese etc to do business peacefully so why do we behave like Ostriches when it comes to the Music industry what stops us from partnering and growing our industry? Or we're just happy to remain in this Village called Gh?

We have to change this awkward attitude and it must Change now.

As far as the VhimCrew is concerned we will support anything LEGIT no matter where it comes from as long as it benefits the Ghanaian industry and as far as Music and Movies is concerned.

Now to those who want to speak to the issues kindly go and educate yourselves on the agreement and stop messing yourself with these excuses and ignorance.

More Vim to the ORGANISERS of Afronation and in the same way they were able to overcome those injunctions last month may they overcome these baseless criticisms and bring us the biggest Parties for the Next 5 years.

If these Champion CRITICS don't agree they can carry their transformers and go and drown them in the korle lagoon.

We Just Wanna Party,
We don't wanna hurt Nobody.
#vhimmovement

My Heart Bleeds For Health Workers – Sammy Gyamfi React To H...
5 hours ago