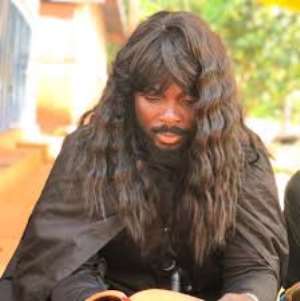 This comes after he (Ghana Lucifer) confronted Gattuso to betray he (Ghana Jesus) to help get him crucified.

In the four minutes recorded video, the actor who plays the role of Lucifer confessed to his disciples that Gattuso refused a weed offer he offered him to get Ghana Jesus betrayed. He further stated that Gattuso charged him a ransom sum of money before he can betray Jesus.

"I went to him with packages of weed. He told me no! He said he doesn't need weed because he has enough of it. He charged me a huge sum of money. The money was too much and I don't think I can get that money," he told his disciples.

Exaggerating how huge the amount Gattuso charged him before he can betray Jesus was, he pointed out that, not even the locked monies of Menzgold customers can pay such amount if he is being given.