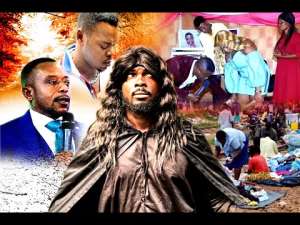 Currently making the waves with his comedy skirt, Yaw Asonaba popularly known as Gh Lucifer in the media circles has said that he ordered the pastor to ask for panties and braziers of their followers.

Portraying as a devil in the six minutes in a Youtube video, the actor bemoaned about how he has helped a lot of pastors to become rich.

This follows his earlier video was explained how Lucifer inspired Judas Iscariot to betray Jesus during his days on earth.

Meanwhile, several Ghanaians lashed out at Kumawood actor, Mmebus3m for mimicking the works of Jesus Christ on earth through his comedy series dubbed Boys Abre.