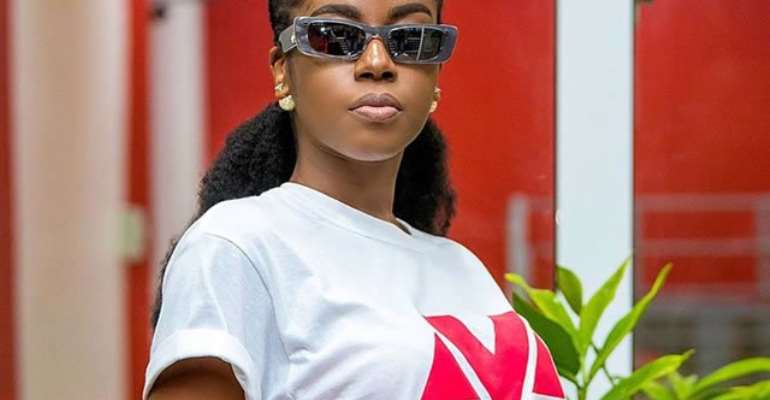 Singer MzVee has debunked claims that she will be unable to perform her songs recorded while with former label, Lynx Entertainment.

This comes after some online news portals reported that the record label owned the right to all her songs recorded under the label, hence, the artiste after leaving could not use the songs.

However, in an interview with George Quaye on Drive Time, MzVee said she owns part of the rights to her music recorded under the label.

She said she has an agreement with the label which gives her the right to also perform the songs during shows.

MzVee officially parted ways with Lynx Entertainment , on September 11, 2019, during her hiatus from music.

The two teams released press statements to announce the news while showing gratitude to each other.

“These eight years with Lynx Entertainment have been absolutely delightful and a blessing and I am glad we still hold our relationship,” the statement read.

She added that Lynx Entertainment will always be a strong pillar in her career hence although both parties have decided to part ways, they will amicably continue support for each other.

MzVee announced her come back from her year-long break with her new single ‘Sheriff’ , which detailed how ready she is to take the music industry by storm.

Although many people expected the artiste to return to the label, her decision to not join Lynx again may have kindled this rumour and that of a rift between herself and her former label mates , KiDi and Kuami Eugene.

The ‘Sheriff’ singer, in another interview with Zionfelix, said that she and her old record label would share any income her works rakes in.

“In the contract we had, we split everything percentage wise so we still share the money when they come,” she said.